A school board member has been arrested for allegedly helping to bribe the head of a credit union so that his son and others could control the institution to hide their illegal bitcoin exchange, Reuters said. 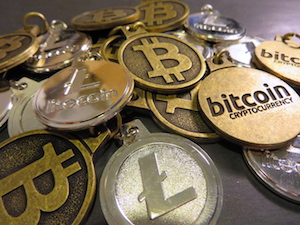 (Photo Credit: Flickr)Michael Murgio faces charges of conspiracy to make corrupt payments with intent to influence an officer of a financial institution and making corrupt payments, the Sun-Sentinel said. Murgio’s arrest shook his education community.  He was on the Palm Beach County School Board in Florida.

Murgio is joined in a case against several other individuals, including his son Anthony, Reuters said. Murgio’s son is accused of operating an unlicensed money transmitting business, the bitcoin exchange website Coin.mx, and federal money laundering, the Sun-Sentinel said. Yuri Lebedev, another Florida resident, also worked for the exchange and faces charges, Reuters said.

Coin.mx was owned by Israeli Gery Shalon, who is accused of being part of a criminal enterprise that stole the personal information of at least 100 million people.

Manhattan US Attorney Preet Bharara said last year the cybercriminal network showcased “a brave new world of hacking for profit. It is no longer hacking merely for a quick payout, but hacking to support a diverse criminal conglomerate.”

The Murgios are not accused in the hacking offenses, Reuters said.

Murgio and his son allegedly tried to take over the New-Jersey based Helping Other People Excel Federal Credit Union to help hide bitcoin scheme transactions from authorities, Bloomberg said. To do this, they allegedly paid bribes to former head of the credit union, Trevon Gross. Gross, a pastor, is a co-defendant with the Murgios and Lebedev.  Anthony Murgio, Lebedev and Gross have previously pled not guilty, Reuters said.

Michael Murgio’s lawyer, Stuart Kaplan, said he was confident that his client would be fully exonerated from the allegations, according to Reuters. The trial of Anthony Murgio, Lebedev and Gross is scheduled for October, while extradition proceedings are pending against Shalon and Orenstein in Israel.