Patria, a pro-Russian political party has been struck from the slate of upcoming parliamentary elections in Moldova by a ruling from the country's Appeals Court on Thursday. 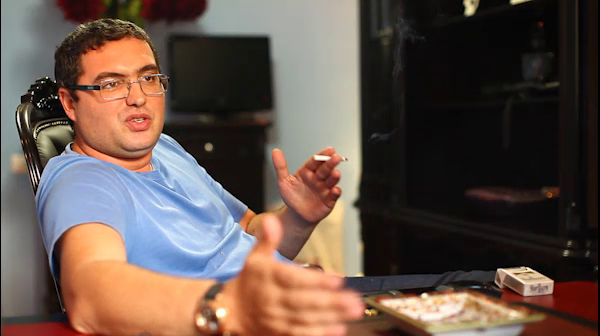 A decision to bar the party from the polls was reached after the emergence of surreptious recordings made by authorities of an interview between an OCCRP reporter and party leader, Renato Usatii, where he talked about his relationship with Russian state interests. He also made threats against the life of Russian banker German Gorbuntsov.

Usatii, 36, is a Moldovan businessman who made his fortune in Russia. The recording is a result of an OCCRP investigation into the assassination attempt of Gorbuntsov, who accused Usatii of arranging the hit on behalf of his former business partners at the Russian Railways, one of the most powerful state-owned companies in Russia.

In a recording released by OCCRP partner Rise Moldova, Usatii, who was born in Moldova, explains to a reporter why he came back: “The boys at FSB and the guys in the Kremlin, I mean they needed somebody who … knows the Republic of Moldova, who has a Moldovan mentality and knows people.”

After realising what OCCRP was investigating, Usatii tells a journalist: “Do you realize that after this film, tomorrow there will be a commotion in Moscow. Who made it? How did they make it? And so on. And that I am giving interviews to the organization that causes problems for the organization where I earn my living.”

A day before the decision, the Central Election Commission accused the Patria party of being illegally funded from abroad, and party accounts were frozen.

Although Usatii also confirmed the authenticity of OCCRP's recordings, he claims he was merely bluffing and that the case is politically motivated. The decision may be appealed by November 28.