Armenian custom authorities have seized 928 kilograms of heroin being transported from Iran, reports Hetq.  This is the largest reported drug seizure by Armenian authorities. 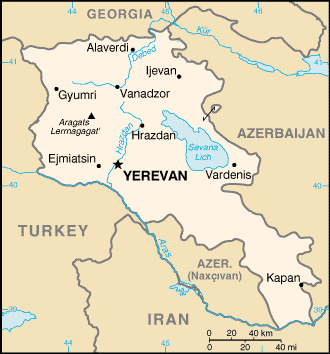 The truck carrying the drugs was stopped at the Meghri border check between Iran and southern Armenia on Friday. According to the Daily Star, the drugs were bound for Turkey.

Armenian officials estimate that the street value of the heroin could be more than $US 100 million.

The Armenian National Security Service said they detained the Georgian truck driver and 40 year-old Osman Ogurlu, a Turkish national, in connection with the drug confiscation.