German customs officers on Tuesday raided a network of companies suspected of selling precursor chemicals to Russia that could be used to manufacture chemical and biological weapons. 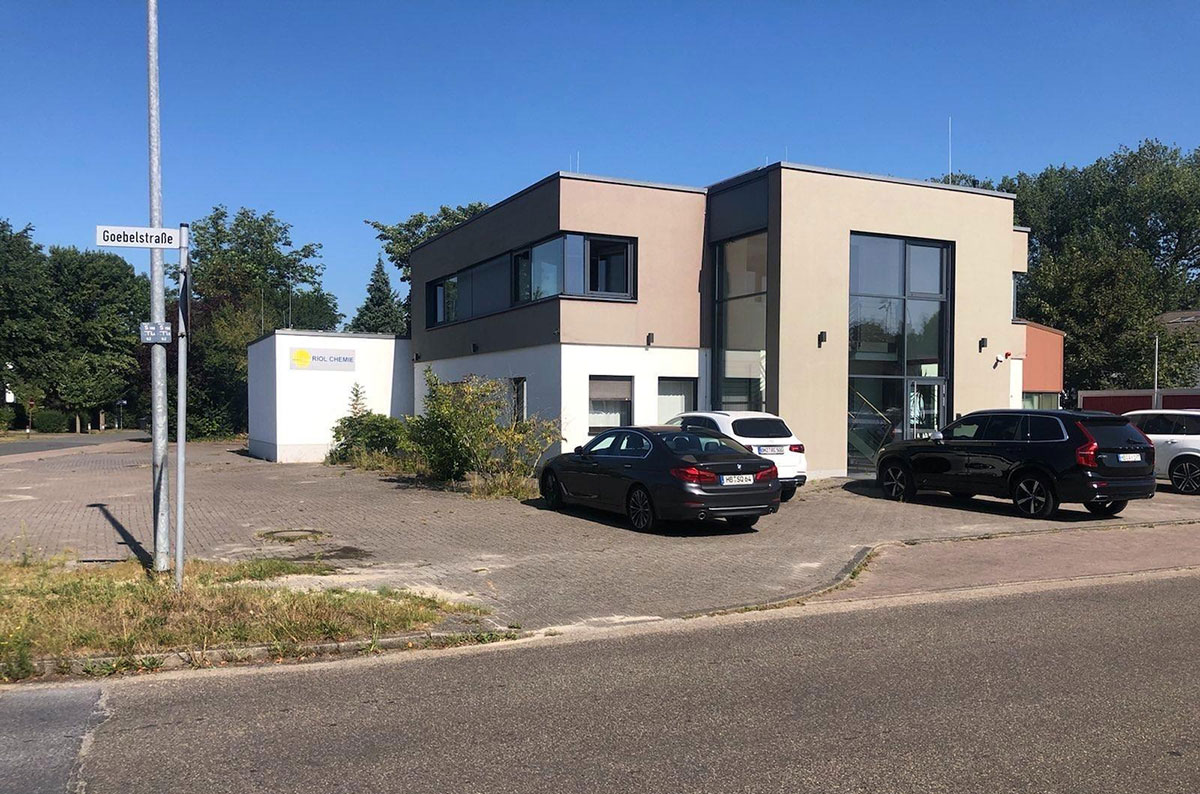 The headquarters of Riol Chemie GmbH in the district of Osterholz, northwestern Germany.The key German company, Riol Chemie GmbH, made more than 30 shipments of chemicals and laboratory equipment to Russia’s Chimmed Group over the past three and a half years without export permits, according to documents related to the investigation. Chimmed is a wholesaler of such goods, and Russian media have reported that its customers include the military and intelligence services.

“Today, seven search warrants have been enforced in Bremen, Bremerhaven, Osterholz and Constance,” said a spokesperson for the Public Attorney’s Office in Stade, a regional district capital half an hour west of Hamburg.

“There are 50 officers on site. The operation is about alleged violations of the Foreign Trade Act," he said by phone to OCCRP’s German media partner Norddeutscher Rundfunk (NDR), as the raids were ongoing.

The Public Attorney’s Office declined to comment further. But documents related to the investigation –– which were obtained as part of a collaborative investigation involving NDR, Westdeutscher Rundfunk and Süddeutsche Zeitung –– allege that Riol Chemie GmbH shipped chemicals that could be used to make weapons including mustard gas.

The documents, which were shared with OCCRP, say investigators are looking into a potential sale of a precursor for Novichok, the nerve-agent used in the 2018 attempted assasination in the U.K. of Sergei Skripal, a former Russian agent who spied for Britain. Russian security services were reportedly behind the attack, which likely killed a British woman who came into contact with the perfume bottle containing the poison.

Russian procurement records acquired by OCCRP show that Russia’s Chimmed Group was contracted by the FSB Criminalistics Institute in 2016. The FSB –– a Russian intelligence agency that has taken over many duties of the Cold War-era KGB –– is accused of attempting to use Novichok to kill the now-imprisoned Russian opposition politician Alexei Navalny in August 2020.

In the wake of the 2020 attempted murder of Navalny, the U.S. Bureau of Industry and Security imposed export restrictions on 14 companies, including Riol Chemie GmbH and Chimmed Group. The bureau said at the time it was concerned about shipments containing substances that were suspected to be “destined for certain chemical and biological weapons end-uses” in Russia.

The U.S. restrictions have not been adopted by Germany or the European Union.

According to documents related to the investigation that sparked Tuesday’s raids, substances sent to Russia by Riol Chemie GmbH are considered “dual use,” meaning they can be utilized for both civilian and military purposes. Some of the chemicals may be used in water analysis, for example, but experts say that even small amounts can be dangerous.

“These are toxins that are regulated under the Chemical Weapons Convention,” said Mirko Himmel from the Research Group for Biological Arms Control at University Hamburg, adding that “these substances could potentially be used as chemical warfare agents.”

The substances were not shipped in high enough quantities to indicate that they could have been used directly for a chemical or bio-weapons program, but may have been used for starting domestic production, according to Himmel. It is common to use small amounts as a “reference substance” to compare against local production, he said.