Victims of Beirut’s deadly 2020 port blast have filed a quarter-billion-dollar lawsuit in Texas which blames a U.K.-based company for the devastation that killed more than 230 people and left 300,000 homeless. 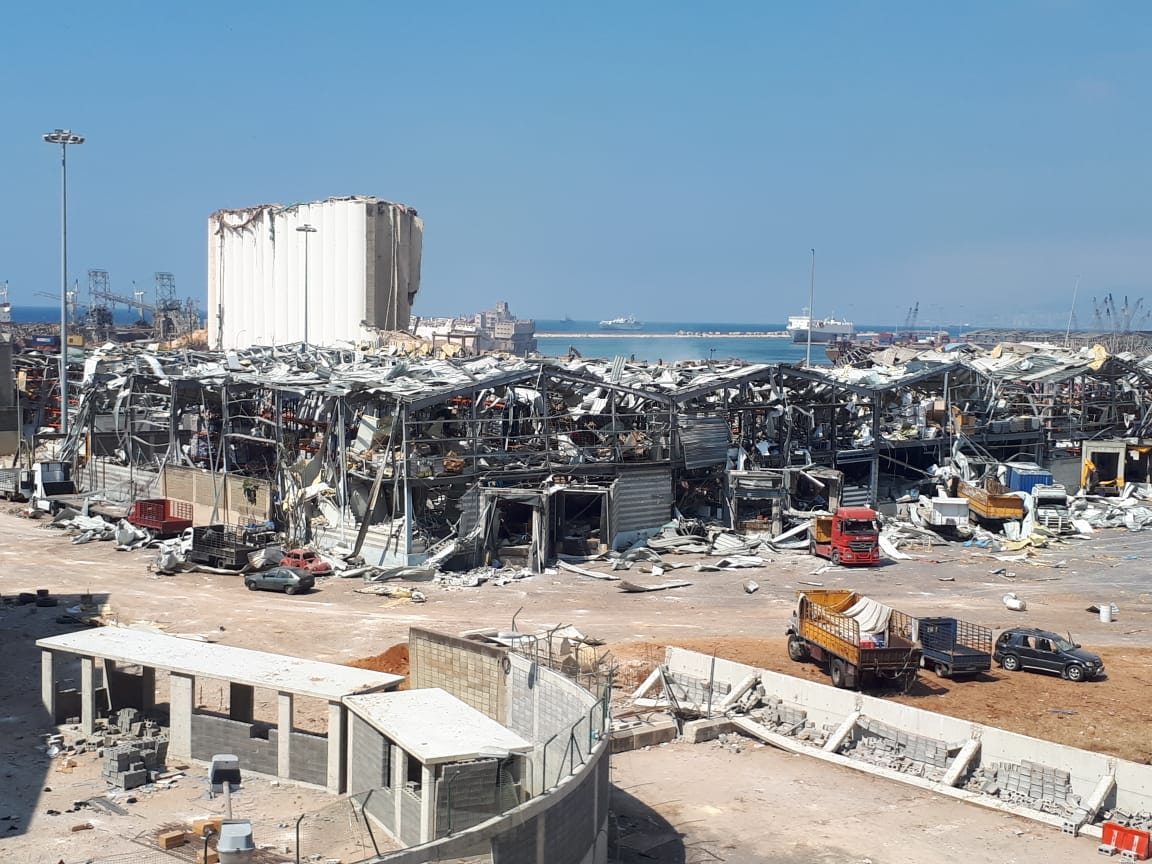 In August 2020, a large stash of ammonium nitrate spontaneously detonated in the heart of Beirut. (Photo: Freimut Bahlo, Wikimedia, License)U.K.-registered geophysical services group Spectrum Geo recklessly chartered the MV Rhosus, a “barely seaworthy” vessel to transport 160 tonnes of seismic survey equipment in 2013 when the ship was already overloaded with 2,750 tonnes of explosive ammonium nitrate, the lawsuit filed by victims of the blast alleges.

The vessel’s deadly cargo was unloaded onto Beirut’s port in November 2013, where it was stored in a hazardous condition in a warehouse for several years before igniting on August 4, 2020.

According to fresh claims set out in the lawsuit, the explosive materials were unloaded because the heavy seismic machinery that was to be transported by Spectrum was piled onto the already overburdened Rhosus, causing its hatches to buckle and rendering the ship unseaworthy.

“Spectrum’s negligence was a substantial factor in the explosion that caused the death of Plaintiffs’ relatives,” the lawsuit alleges.

Spectrum in 2019 merged with TGS, a Norwegian publicly traded energy data company. The victims’ lawsuit in Texas, where TGS is headquartered, seeks $250 million in damages from the Norwegian company which victims say inherited Spectrum’s liabilities and obligations through the merger.

TGS said they were aware of the lawsuit and denied “each and every allegation” and added that they will “vigorously defend this matter in court ... we are confident that we will prevail in this matter.”

In a separate case, the U.K.’s High Court last month ordered Savaro to reveal its owners as part of a lawsuit brought by the Beirut Bar Association.

Spectrum operated in Beirut from 2000 to 2013 and held contracts with Lebanon’s energy ministry to conduct seismic surveys, according to the lawsuit in Texas. Under one contract agreed in 2012, Spectrum was to transport seismic equipment from Beirut to Jordan, and hired Jordan-based Geophysical Services Center (GCS) to organize the charter.

GCS, which is owned by U.K.-registered Geophysical Services Company (UK) Limited, is described in the lawsuit as a “suspicious” shell company that was subcontracted without sufficient due diligence.

According to the Rhosus’ Russian captain cited in the lawsuit, the vessel was already en route from Georgia to Mozambique when it was ordered to make a last-minute stop in Beirut to collect the additional cargo for GCS acting on behalf of Spectrum.

GCS “breached its duty of care and acted negligently” by selecting the Rhosus which was “riddled with deficiencies and already fully loaded with ammonium nitrate prior to its arrival in Beirut,” the lawsuit claims.

Spectrum is also accused of negligence in selecting GCS. “Spectrum and its agents in Lebanon failed to properly handle the ammonium nitrate aboard the Rhosus, resulting in the Beirut Blast and unspeakable damage to Plaintiffs and countless others,” it adds.

The abandoned vessel never left Beirut and eventually sank in the Lebanese capital’s port in early 2018.

The final contract between Lebanon’s energy ministry and Spectrum was signed by then-Minister of Energy Gebran Bassil who played an “active role” in admitting the equipment to the port, the lawsuit claims.

Bassil, the son-in-law of Lebanese President Michael Aoun, was sanctioned by the U.S. in November 2020 for his role “at the forefront” of corruption in Lebanon.

There has been little justice or accountability for the deadly blast and multiple calls for independent and external investigations. The explosion's youngest victim was Isaac Oehlers, the two-year-old son of Sarah Copland. Both are named as plaintiffs in the U.S. lawsuit.

Accountability Now, a Swiss foundation seeking justice for victims of the explosion, assisted the plaintiffs in bringing the lawsuit.

"For nearly two years, Plaintiffs have watched helplessly as the same corrupt political environment in which the Beirut blast occurred continue to delay justice for the victims,” Accountability Nowsaid in a press release.

This story has been updated with a reaction from TGS.