Amnesty International called the charges of treason and tax avoidance Belarussian courts are considering against the management and editors of private news agency BelaPAN “bogus” and part of a ”brutal campaign to crush dissent.” 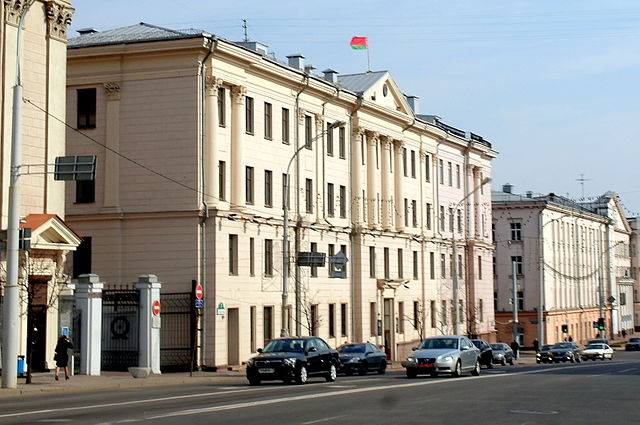 “The Belarusian security forces have ramped up arrests of state critics in response to their peaceful dissent, while the courts pass increasingly harsh and unjust sentences. These actions clearly violate Belarus’s obligations under international human rights law. The authorities’ onslaught on free speech must end,” Struthers said, calling for all charges to be dropped and all media workers in Belarus to be immediately released.

Founded upon the fall of the Soviet Union in 1991, BelaPAN made a name for itself as one of the foremost independent news agencies in Belarus and among the first to adapt itself to the digital ecosystem but courts are considering accusing the agency’s leadership of forming an extremist organization.

BelaPAN has had friction with the authoritarian rule of Alexander Lukashenko for some time. The site was hacked by government supporters in 2011, and blocked by the government in 2014, 2015, and 2016.

In early 2021, amidst the protest movement following the disputed reelection of Lukashenko, the agency’s offices were raided by police, and by August of that year so too were the homes of several employees. In November 2021, the Belarussian KGB declared BelaPAN a so-called ‘extremist formation,’ taking part of which is a criminal offense in Belarus.

“The BelaPAN case epitomizes how independent media in Belarus has been stifled in the two years since the disputed presidential election concluded and the authorities started a brutal campaign to crush dissent,” Marie Struthers, Amnesty International’s Director for Eastern Europe and Central Asia, said.

“Bogus accusations of ‘extremism’ are repeatedly being leveled against journalists who dare to provide independent reporting despite the risk of spending years behind bars,” she added.