Being a member of a religious minority and someone who does not support Hezbollah, Firas Hamdan was an unlikely man to take office in southern Lebanon’s 111th electoral district. 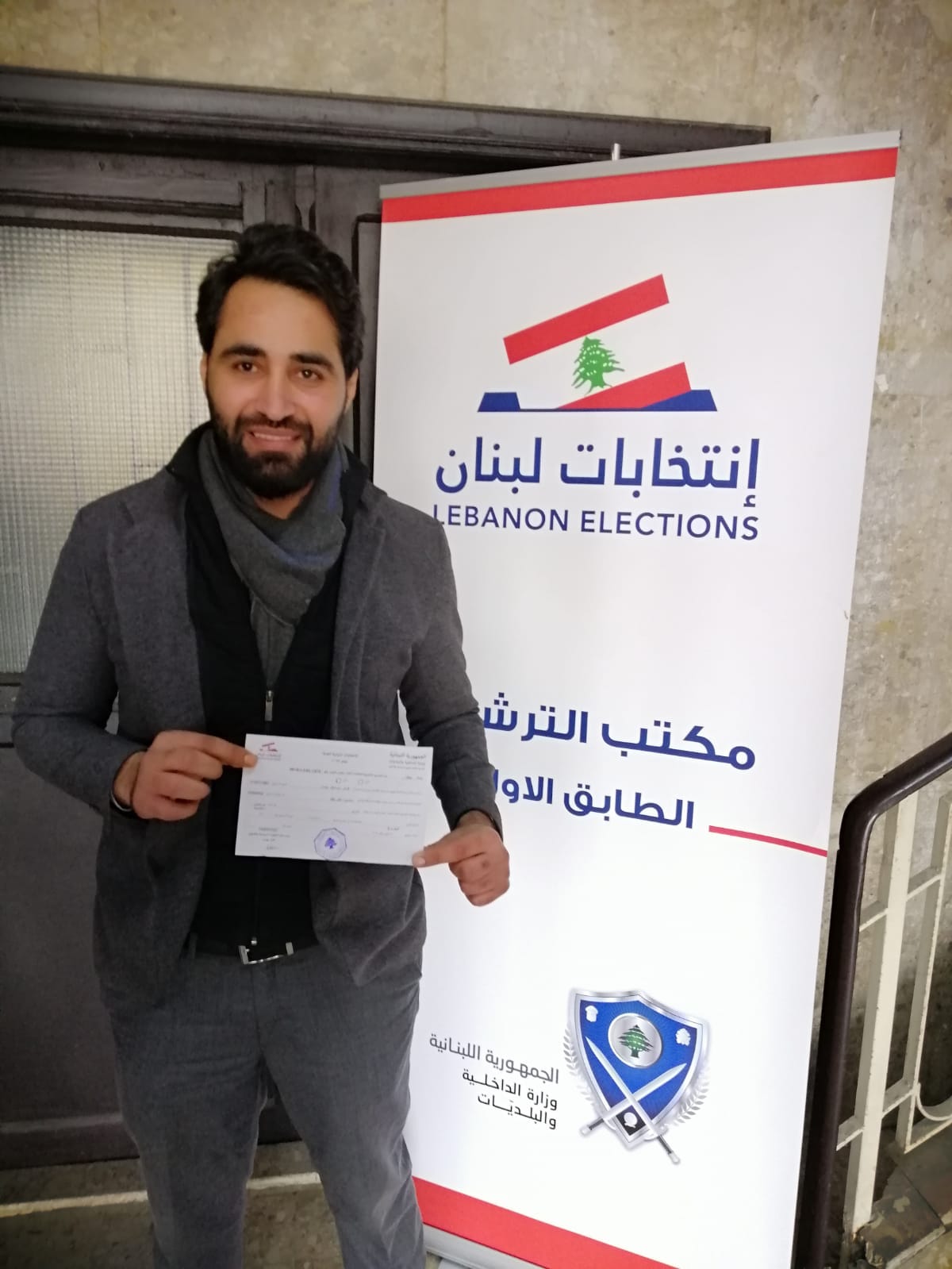 Protesting corruption outside of Lebanon’s parliament in 2020, Hamdan was shot by security services. Now he enters it as a lawmaker, under the eyes of the same guards. (Photo: Firas Hamdan/Facebook, License)But at the country’s elections on May 15, neither his religion, nor his party affiliation could overshadow what voters this time seem to have really cared about: the fight against corruption.

So far almost all of Hamdan’s predecessors in the nearly 30 years since the end of the Lebanese civil war have been supporters of the Iran-backed Shiite militia Hezbollah and Amal Movement ruling coalition, but he ran as part of the opposing “Together Towards Change” (TTG) bloc.

On the top of that, the 35-year-old lawyer and human rights activist won one of the few seats in the Lebanese parliament reserved for the Druze religious minority, an esoteric faith native to the Levant which broke off from Isma'ilism - a sub-sect of Shia Islam - nearly a millenium ago.

That’s almost unheard of in a region dominated by Hezbollah and where religion is so important that the law divides parliamentary seats by people’s faith.

This time, none of that mattered.

Hamdan is a firebrand who was shot by security services protesting the rampant corruption which led to the massive port explosion which rocked the Lebanese capital in August 2020.

He and his colleagues in the bloc, however, credit investigations by OCCRP and partner center Daraj for bringing corruption to the forefront of voters’ priorities during this election, the first since the country descended into one of the modern world’s worst economic and financial meltdowns in late 2019.

"In the last few days in the run up to the elections, wherever I was, voters talked about the details of OCCRP's investigation. They all knew about it," said Ali Murad, who also ran on TTG’s list, but for one of the Shiite seats and lost.

The investigation highlighted how Nady Salame, the son of family members of Lebanese Central Bank GovernorGoverner Riad Salame, like many of Lebanon’s privileged elite, used their power to move funds abroad while many ordinary Lebanese depositors could not access funds to cover basic needs, due to capital controls imposed in 2019 to stem currency flight.

For that, Nady Salame used Al-Mawarid bank, owned by Hamdan's predecessor and opponent for the seat, Marwan Kheireddine.

In a Daraj video made after Hamdan's election which went viral, he referenced Salame, while highlighting the difference between himself and the old guard.

“It is not important that I am a friend of Riad Salame, that I own a bank, that I possess power or have media (on my side,)” Hamdan said. “It is important to be just … This justness was proven today by people through the ballot boxes.”

He also recalled the 2020 protests, saying that the guards who stood outside the Parliament building, including the one who probably fired at him, “now will need to understand that they will have to salute the people they were throwing tear gas and rubber bullets at, when those people enter the Parliament,” Hamdan said.