In response to reports that Credit Suisse had asked investors to destroy documents pertaining to yacht and private jet loans to its wealthy oligarch clientele, the bank released a statement Thursday arguing that its actions were in accordance with its non-disclosure agreement. 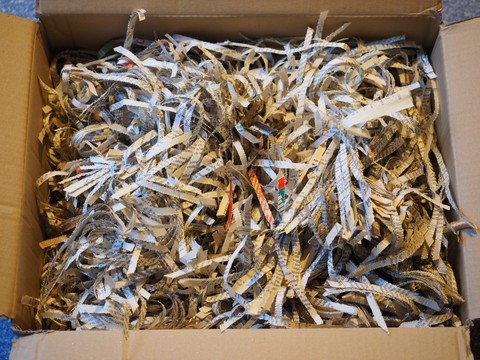 In response to reports that Credit Suisse had asked investors to destroy documents pertaining to yacht and private jet loans to its wealthy oligarch clientele. (Photo: Pxhere, License)Last week, investors received letters from the bank stipulating that they “destroy and permanently erase” all information pertaining to certain securities transactions.

“Securitization” is the term used to describe the pooling of various financial debt obligations, such as mortgages and credit card debts, that generate cash flows as the debts are repaid. Financial institutions can sell ownership of those cash flows to third party investors as a new type of “securities,” a term formerly used for more traditional products such as stocks and bonds.

Credit Suisse had closed down this particular securities portfolio late last year. The income stream had been generated by yacht and private jet loans worth an estimated US$2 billion on assets which belonged to wealthy bank clients including oligarchs who have been sanctioned.

In its statement, Credit Suisse said that the documents “contained portfolio statistics and performance modelling” figures and that “no data, client-related or otherwise, has been erased.”

Additionally, they indicated that the portfolio’s investors were never given access to their client’s data.

Credit Suisse maintained that it was fully entitled to “request non-participating investors to destroy documents” related to the transaction, “as is market practice, stipulated under the Non-Disclosure Agreement.”

Credit Suisse also said that its actions were “in no way linked to the recent implementation of additional sanctions,” to which they claimed to be in full compliance.

Russia’s recent full-scale invasion of Ukraine has drawn the ire of the international community and with it a plethora of economic sanctions against its businesses, financial institutions, currency, and wealthy oligarchs.

However, Credit Suisse stated that the securities portfolio, as well as its stipulations to its investors that they destroy confidential data, were “entirely unrelated to the ongoing conflict in Eastern Europe.”