A Russian investigative journalist has fled the country after being threatened and labeled a terrorist by Chechen leader Ramzan Kadyrov, Hetq reported. 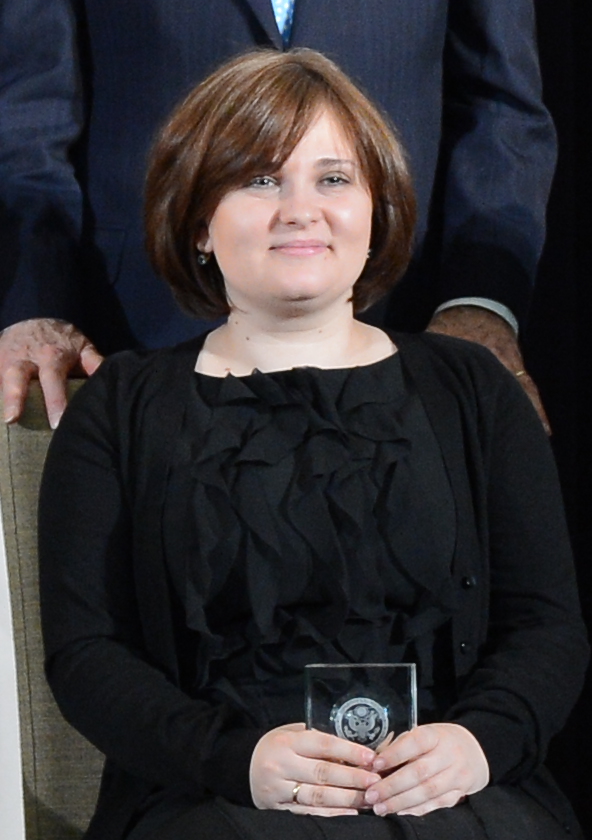 Elena Milashina with her International Women of Courage Award at the 2013 awards ceremony. (Photo: U.S. Department of State, Wikipedia, License)Elena Milashina, 43, fled Russia at the behest of her editors at the Russian news outlet Novaya Gazeta, following numerous threats made against her personal safety by the head of the Chechen Republic.

Kadyrov’s hostility towards Milashina and Novaya Gazeta reportedly stems from her coverage of his human rights abuses in Chechnya, according to a statement by the Committee to Protect Journalists (CPJ).

“We call on federal authorities in Russia to take threats made by Chechen leader Ramzan Kadyrov against journalist Elena Milashina seriously and hold him and other Chechen officials accountable,” said Gulnoza Said, CPJ’s Europe and Central Asia program coordinator.

Said also urged Russian authorities to ensure Milashina’s safe return, further arguing that she and her employers are fulfilling a crucial role by exposing the human rights abuses currently taking place in Chechnya.

These statements come in response to a Telegram post made by Kadyrov on Jan. 23, in which he accused Milashina of being a terrorist who makes money by sullying the reputation of the Chechen people.

He went on to appeal to Russian law enforcement to arrest her as well as human rights activist Igor Kalyapin, again calling them accomplices of terrorists.

“We have always destroyed terrorists and their accomplices, between whom there is no difference, and we will continue to do so with them,” Kadyrov said. “We cleared our land of them and now we fight them mercilessly, wherever they are.”

The Chechen leader followed up these remarks with a video on Feb. 1, in which he once again reiterated that the journalists at Novaya Gazeta and Dozhd TV are terrorists and urged authorities to commence criminal proceedings against them.

Kadyrov has been on something of a roll as of late, making death threats not only against journalists but also human rights lawyers and even their families.

In the same message from Feb. 1, he made explicit threats against the family of human rights lawyer Abubakar Yangulbaev, whose mother was abducted from her home in Russia by masked men three weeks ago.

“Our people are so offended by the vile and hysterical verbiage of the Yangulbaevs that the very first Chechen will deal with them as soon as the opportunity arises,” Kadyrov said. “We are only happy to die in the fight against such apostates and scumbags.”

And in response to critical statements made by Abubakar against him, he called the Yangulbaev family “terrorists with false and filthy tongues” and promised them “a place either in prison or underground.”