A Russian lawmaker from Chechnya on Tuesday vowed to decapitate the family of a human rights lawyer, whose mother has already been abducted by masked men from her home in Russia two weeks ago. 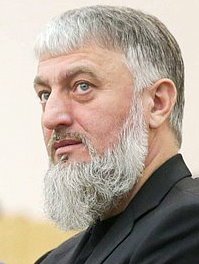 Human rights groups such as the Committee Against Torture have repeatedly accused the Chechen government under Kremlin-backed leader, Ramzan Kadyrov, of kidnappings, extrajudicial killings and torture, particularily of members of the LGBT community.

“Know that day and night, not sparing our lives, property and offspring, we will pursue you until we cut off your heads and kill you,” Delimkhanov said, addressing Yangulbaev.

Curiously, during his broadcast, Delimkhanov extended the same death threat “to those who translate this video into Russian.”

The State Duma official further proclaimed that he personally holds a blood feud against the lawyer, whose family includes Saidi Yangulbaev, a former federal judge.

“Our people are so offended by the vile and hysterical verbiage of the Yangulbaevs that the very first Chechen will deal with them as soon as the opportunity arises,” Kadyrov said. “We are only happy to die in the fight against such apostates and scumbags.”

Kadyrov also appealed to the international community “that have sheltered these scumbags” to “throw them out of the country and return them to Russia.”

He further proclaimed that “the Yangulbaevs are terrorists with false and filthy tongues,” and that “covering them up means assisting the terrorists.”

“A place either in prison or underground” is what Kadyrov promised them.

The Chechen government has already made good on their pledge to hunt down members of the Yangulbaev family. On Jan. 20, masked men claiming to be Chechen police forcibly took Yangulbaev’s mother Zarema Yangulbayeva from her home in Russia that is approximately 1,800 kilometres from the Chechnya border.

Alia Yangulbayeva, Zarema’s daughter, stated in a video shown by Radio Free Europe/Radio Liberty that both her parents were beaten by the intruders before her mother was dragged away.

While those who forcibly took Yangulbayeva reportedly claimed they did so because she was a witness in a fraud case, she was later charged in Chechnya with assaulting a police officer, an offence which carries a potential ten-year sentence.

Chechen Minister of Information Akhmed Dudayev read from an official statement by Kadyrov that Yangulbayeva was taken to Grozny after nearly injuring a police officer’s eye.

Other members of the family, including Abubakar’s father and sister, have since fled Russia out of fear for their safety.

“What is happening in Chechnya can hardly be called anything other than lawlessness, and now it has again spilled over the borders of the republic,” said Amnesty International Russia researcher Natalya Prilutskaya.

The human rights organization has also called out the Russian government for its inaction, saying that “the Kremlin is either unwilling to rein in these types of human rights threats in Chechnya or is knowingly complicit in this despicable act,” according to Marie Struthers, Amnesty International’s Director for Eastern Europe and Central Asia.

In a message to Vladimir Putin himself, Yangulbayev said that he thinks “the time has come to replace the head of the Chechen Republic [Kadyrov]. He’s finished. He has not just reached rock bottom, he’s gone below it.”

“Please replace him with a person of normal intellect,” he asked of the Russian president.

Kremlin Spokesman Dmitry Peskov, however, announced on Wednesday that he was not aware of any plans for Putin to meet with Kadyrov, according to the Russian news agency TASS.

Peskov further highlighted that the matter is the concern of the State Duma.

“It is not the Kremlin’s function to assess the actions of deputies,” he said regarding Delimkhanov’s threats to decapitate the Yangulbayev family, and that “we would not like to interfere in this process.”

As for the Yangulbayevs, getting around Kadyrov and Delimkhanov’s authority may prove difficult.

Delimkhanov is considered amongst the most powerful politicians in the Chechen Republic after Kadyrov himself.

Remarkably, he even currently holds a seat on the Russian State Duma Committee on Security and Anti-Corruption.

The two also appear thick as thieves with each other.

Kadyrov once referred to Delimkhanov as his successor, saying that he had prepared a person who could replace him, and that this person was his “closest friend. Closer than a brother.”

Furthermore, Delimkhanov has been linked by the Russian media to the killings of several of Kadyrov’s enemies — although he was never formally charged — and was on Interpol’s wanted list for several years.

In one instance in 2009, Dubai authorities accused him of murdering a former Chechen general.

Delimkhanov has denied all charges against him.

In 2014, however, he was sanctioned by the United States for connections with the Brothers’ Circle, a regional organized crime group.

If even a fraction of the accusations against Kadyrov and Delimkhanov are true, it shows the extent to which they will mercilessly pursue those who dare oppose or speak out against them.

Commenting on his mother’s abduction, Yangulbayev said that “they went for the heart. That’s where they hit.”