German and Greek authorities have jointly dismantled an organized human trafficking group that has smuggled people from Greece to Germany and other EU countires, Europol reported. 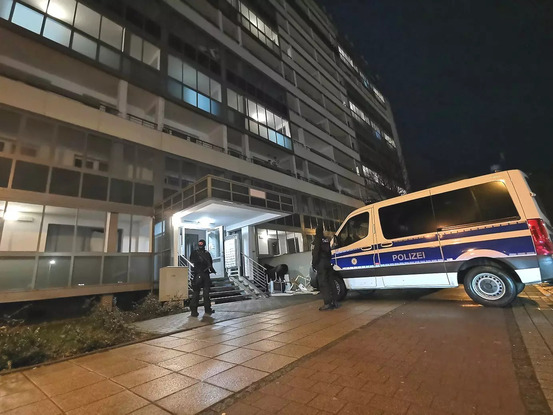 German and Greek authorities have jointly dismantled an organized human trafficking group that has smuggled people from Greece to Germany and other EU countires. (Photo: EUROPOL, License)The group was active since 2020 and consisted mainly of Syrian nationals who are suspected of having smuggled migrants by planes from Athens to different destinations in Germany.

The COVID-19 pandemic forced the suspects to focus on another leg of the migrant’s journey due to the limited number of flights, and they started getting people across the Mediterranean by boat.

To get them to Western Europe, the suspects used fake documents and charged the mainly Syrian migrants from US$4,000 to more than $5,000 per person.

Europol was facilitating the exchange of information between German and Greek police. German authorities raided four locations and identified four suspects living in Germany, while their Greek colleagues raided two houses and found a huge number of documents used for smuggling and arrested one person.

Europe has always been an attractive destination for migrants but with the conflicts that erupted in Syria, Iraq and Afghanistan, the continent saw an increased number of refugee arriving already in 2010. The influx peaked in 2015, when an estimated 1.3 million people streamed into Europe seeking asylum.

Groups of human traffickers emerged to take advantage of the migrant crisis.

Back in January, Spanish police dismantled an organized crime network involved in human and drug trafficking as well as property crime, and arrested 24 of its suspected members. The investigation showed that the group organized the smuggling of 250 migrants to Spain.

In November 2021, the U.K. authorities convicted a London-based criminal group for trying to smuggle 69 Albanian migrants into the country in a run-down fishing boat and of plotting to bring in 50 more every week.

Very often the criminals use inadequate transportation to transport the migrants, which results in people getting seriously injured or even killed.