UK Convicts Group of Plotting to Smuggle Hundreds of Migrants

Authorities in the United Kingdom found a London-based criminal group guilty of trying to smuggle 69 Albanian migrants into the country in a run-down fishing boat and of plotting to bring in 50 more every week, the NCA reported on Wednesday. 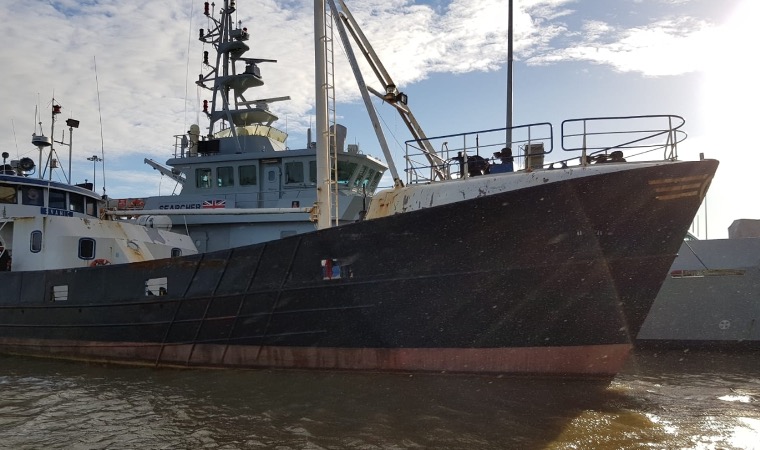 Authorities in the United Kingdom found a London-based criminal group guilty of trying to smuggle 69 Albanian migrants into the country in a run-down fishing boat and of plotting to bring in 50 more every week. (Photo: NCA)Police intercepted the unconditioned vessel ‘Svanic’ that had set sail from Belgium heading for Great Yarmouth in November last year, and arrested Igor Kosyi, 56, and Volodymyr Mykhailov, 49, both from Ukraine, as well as Alexsandrs Gulpe, 44, from Latvia on suspicion of human trafficking. The 69 migrants were handed to Immigration Enforcement.

The laptop officers seized from the ship helped them identify the London-based criminal group that had organized the operation. The laptop had been given to the group by Latvian national living in the U.K., Sergejs Kuliss.

Phone evidence showed Kuliss had been in contact with Lithuanian national Arturas Jusas, 35, living in Lambeth, and Israeli national Kfir Ivgi, 39, of Finchley. The three were arrested in June for plotting to buy a boat to smuggle people into the U.K.

While Volodymyr Mykhailov was aquitted, Jusas pleaded guilty in August, and Ivgi, Kuliss, Gulpe and Kosyi were convicted on Wednesday at Chelmsford Crown Court. They will be sentenced at a later date.

"There is no stronger example of how organised criminals are prepared to risk the lives of the people they smuggle for profit,” NCA Director of Investigations, Nikki Holland, said following the conviction.

"The Svanic was in an appalling condition, and in no fit state to make the perilous journey from Belgium to the U.K.. Had it got into trouble, the consequences could have been fatal as there was only one lifeboat and 21 lifejackets,” Holland said.