The U.S. Returns Steinhardt’s Looted Artifacts to Iraq and Libya

The U.S. returned the looted Roman-era “Veiled Head of a Female” and a 7th century B.C.  golden bowl and ivory plaque to their countries of origin after their owner, a billionaire and hedge fund manager, agreed to turn them over to avoid further prosecution. 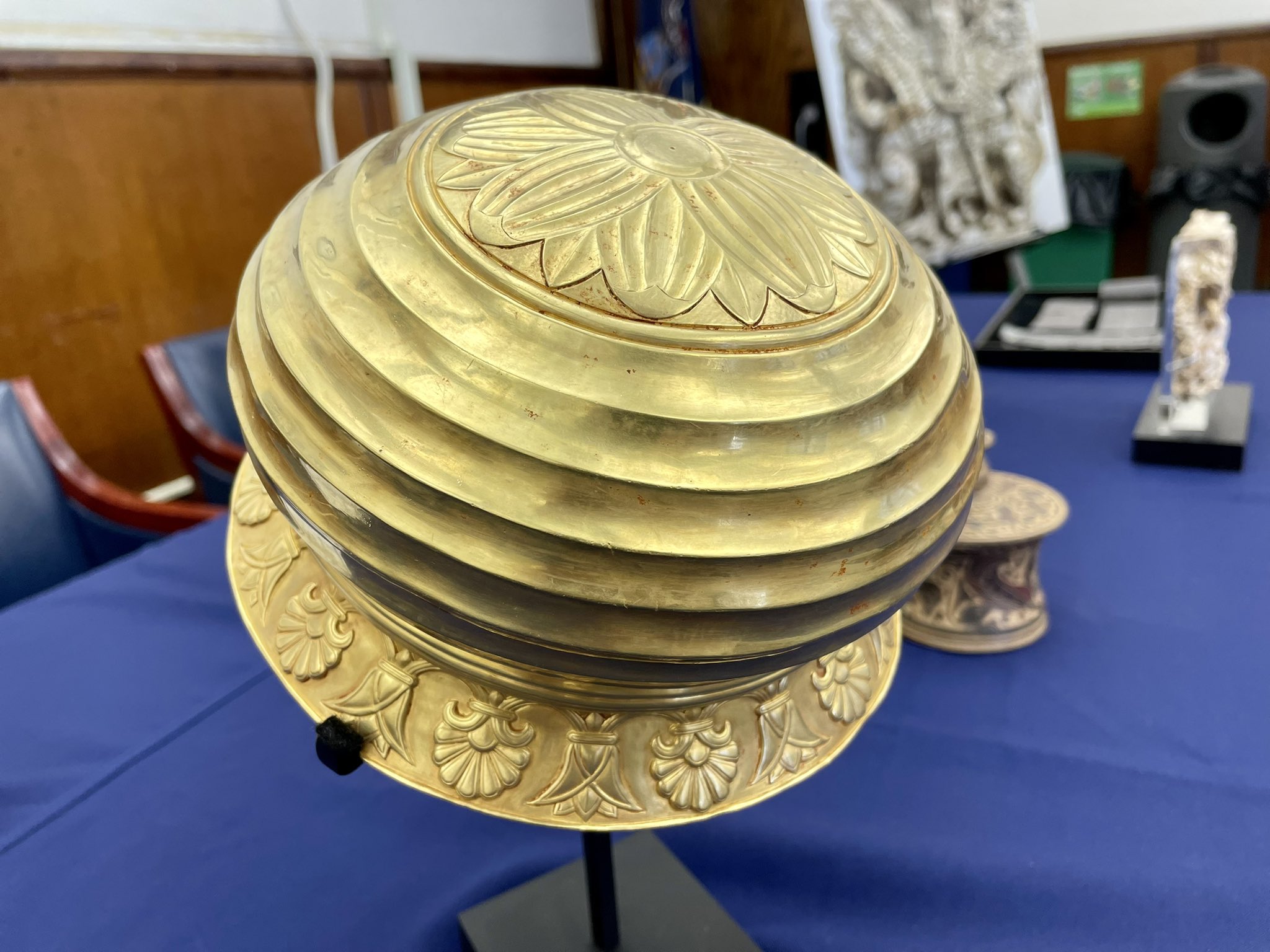 The U.S. returned the looted Roman-era “Veiled Head of a Female” and a 7th century B.C. golden bowl and ivory plaque to their countries of origin after their owner, a billionaire and hedge fund manager, agreed to turn them over to avoid further prosecution. (Photo: HSI New York, Twitter)The “Veiled Head of a Female,” a piece of a sculpture that stood some 2,300 years ago in Cyrene was sent back to Libya, and the golden bowl and ivory plaque dating to the rule of King Sargon II of the Neo-Assyrian empire was returned to Iraq on Tuesday.

Though separated by empires, centuries and thousands of miles, the two artifacts are bound together by one man, U.S billionaire Michael Steinhardt, who acquired at least 180 looted antiquities from 11 different countries valued at over US$70 million.

Last year, the Manhattan district attorney’s office concluded an investigation against Steinhardt. In a deal to avoid further prosecution he agreed to turn over the artifacts in his possession that they had proven were looted and was banned from possessing anything older than the 16th century.

Now some of his ill gotten goods are finally returning home.

“Art is a window into the past, and particularly with pieces of this age, it’s often the only opportunity we have to study civilizations long-gone,” said Manhattan District Attorney Alvin Bragg in a statement about the return of Iraqi pieces.

“These illegally trafficked relics shouldn’t be kept in the mansion of a billionaire, thousands of miles away from their homeland. They should be on display in a museum or university in their country of origin, where the people of that nation can view and appreciate the glimpse into the lives of their ancestors,” he said.

The Iraqi pieces are valued at more than $650,000 while the Roman sculpture from Libya is estimated to be worth 1.2 million.

That’s just a drop in the water for a multi-billion-dollar global industry which is the illegal antiquities trade, according to a 2018 report by Standard Charter Bank. The illicit trade benefits  not just high society art aficionados like Steinhardt, but, in the countries where the material is looted, it is often a major funding source for organized criminals and militant groups. The looting of cultural property from active war zones is considered a war crime under the 1954 Hague Convention.

Both of the Iraqi artifacts came from the city of Nimrud, where the Islamic state was known to have trafficked artifacts out of, while the head from Cyrene, was looted after archeologists were forced to flee the site due to instability in Libya.

It’s not an uncommon story according to the Athar Project, an NGO that tracks the sale of illegal antiquities online.

“For decades we have seen instability and conflict precipitate looting,” tweeted Athar. “Yet artifacts from regions in conflict continue to be sold into the U.S. market and purchased by wealthy buyers who face little recourse for their participation in transnational crime.”

While major buyers like Steinhardt likely dealt with the large industry of professional art dealers, such as the Pandora-Paper’s named Douglas Latchford, who cater to high society and too often find illicit goods in their collections, according to the Athar, the internet and social media has only served to spur on the trade.

With the news of Steinhardt's acquisitions revealed, many are grappling with what the 81-year-old philanthropist's legacy is.