After a three-years-long international investigation, Colombian police arrested six people allegedly involved in the human trafficking and sexual exploitation of Colombian and Venezuelan women, according to an Interpol statement. 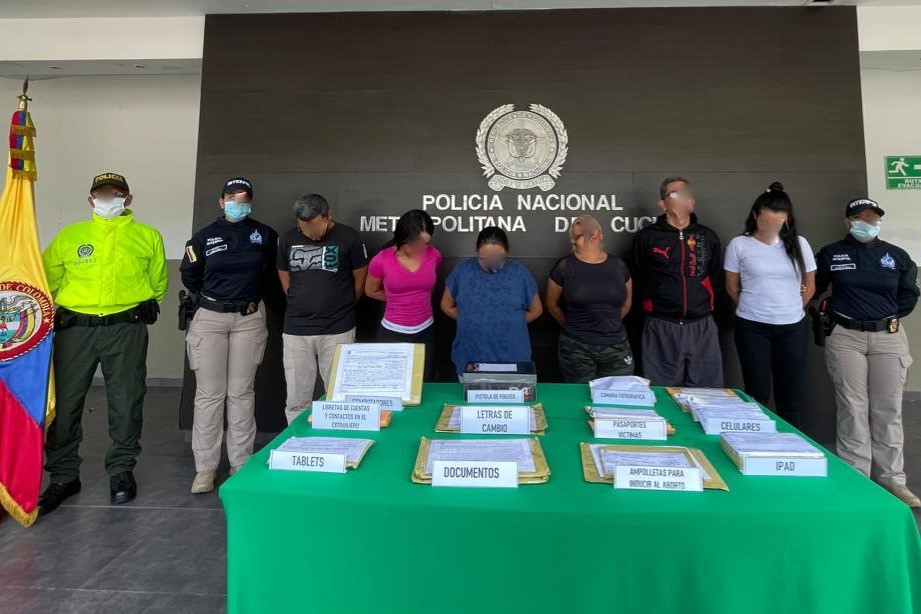 The criminal group was behind the trafficking and sexual exploitation of Colombian and Venezuelan women. (Photo: Interpol)The group operated out of Cúcuta, a city of over one million people along the Colombian-Venezuelan border. Border regions are prized territories for human trafficking groups, giving them greater access to potential victims and illegal markets.

The group was identified in 2018 by Panama’s Human Trafficking and Smuggling Migrants Division. It allegedly targeted women seeking employment abroad, only to confiscate their passports and then coerce them into sexual work to pay off their “travel debts.”

Often, these debts are routinely increased so as to force them to remain in indentured servitude. In many cases, victims are denied even the most basic necessities such as adequate food and shelter.

Panama police exchanged intelligence on their investigation last year with Colombia; Interpol; and REDTRAM, the Ibero-American network of public prosecutors so when the suspected leader of the criminal group relocated to Colombia, investigators there took the lead, focusing on the group’s activities in Cúcuta.

Interpol and the UN Office on Drugs and Crime further aided police by coordinating victim debriefings; the information from their testimony played a major role in securing valuable evidence for the investigation.

The initial decision to take the investigation international stemmed from the success of a 2019 Interpol-led effort known as Operation Turquesa I, which rescued some 775 migrants from 30 countries and made 53 arrests.

Intelligence that was crucial to Turquesa’s success stemmed from a prior Ibero-American investigation known as Operation Andes, which similarly dismantled a transnational network of 49 smugglers in 2018.

“This is a perfect example of what can be achieved through international police cooperation,” said Interpol Secretary General Jürgen Stock.

OCCRP has previously reported on the successes behind Operation Turquesa II and Operation Andes.