An Interpol-led operation conducted throughout 32 countries and across four continents resulted in arrests of more than 200 people belonging to criminal networks involved in the smuggling of more than 3,500 people, most of whom were migrants. 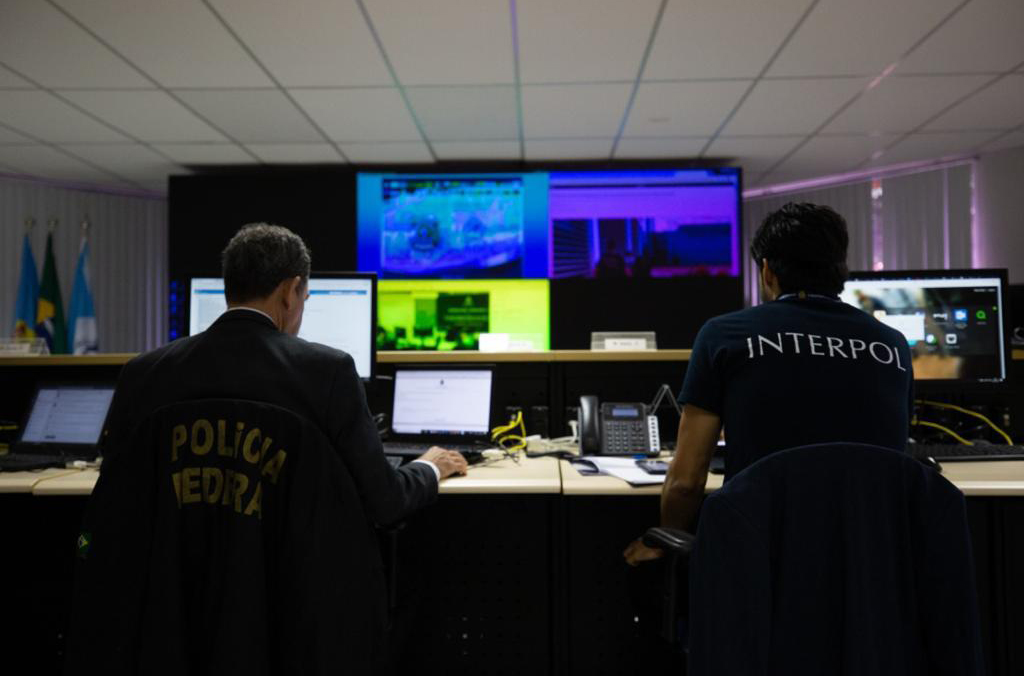 The one-week operation was coordinated from Brazilian Federal Police headquarters in Brasilia. (Photo: INTERPOL)The migrants rescued and identified during the operation were from roughly 50 countries and were attempting to enter the U.S. and Canada, “mainly through smuggling routes in Latin America and the Caribbean,” the UN Office on Drugs and Crime (UNODC) said in a statement Monday.

“More than 30 of the arrests were tied to the prevalence of sexual exploitation of female migrants and human trafficking victims,” Interpol said.

They added that during the operation, which was coordinated from Brazilian Federal Police headquarters in Brasilia between November 27 and December 3 – codenamed Turquesa II – “more than 50,000 checks against Interpol databases were made at air, land and sea borders as well as national hotspots.”

Throughout this crackdown, police in the Americas, Africa, Europe and Asia also discovered other wanted criminals.

Authorities in Panama arrested the “subject of a Red Notice wanted internationally in connection with a murder in Mexico,” while in Mexico, “authorities arrested the alleged leader of a Mexican-based organized crime group smuggling migrants from the coast of Cuba using speed boats.”

He also warned that operation Turquesa II showed “how organized crime groups continue to take advantage of vulnerable people seeking a better life, especially during the COVID-19 pandemic, and demand large sums of money with little or no concern for their welfare.”

UNODC, whose crime prevention experts have been supporting Interpol, commended the operation and said it “will continue to play a key role in the postoperative phase of Turquesa II.”

The UN agency added that it has facilitated coordination between law enforcement agencies and specialized prosecutors in preparation for the next phase of the operation, which it said would be crucial.

“We will use our expertise to ensure that the cases of migrant smuggling and human trafficking identified during this operation will lead to successful prosecutions and convictions,” UNODC Crime Prevention and Criminal Justice Officer, Carlos Perez, said.