In protest of the United Kingdom’s decision to put the son of President Teodoro Obiang Mangue on the latest list of individuals sanctioned for corruption, Equatorial Guinea said on Monday it will close its embassy in London. 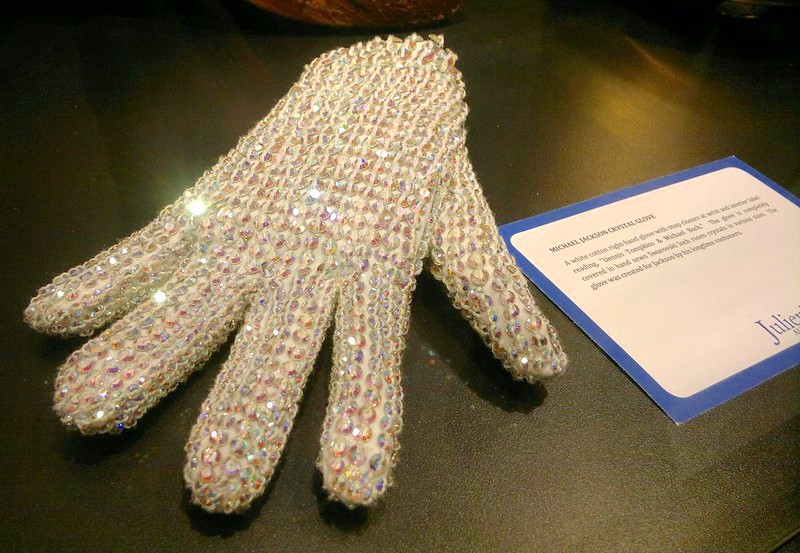 A $275,000 crystal-covered glove worn by Michael Jackson is part of the luxury items collection of Teodoro Obiang Mangue, son of the Equatorial Guinea's President. (Photo: Abi Skipp, Flickr, License)The U.K. last Thursday announced new sanctions against five individuals from Equatorial Guinea, Zimbabwe, Venezuela and Iraq for their involvement in “serious corruption” that has deprived citizens in these countries of “vital resources.”

The announcement marks the second round of designations under the U.K.’s Global Anti-Corruption sanctions regime inaugurated in April when 22 individuals were targeted with asset freezes and travel bans.

The new designations bring the total number of individuals sanctioned by the U.K. up to 27, with the latest five earning their place by embezzling funds, taking bribes and exploiting their positions of power. Their greed has caused “untold damage to the countries and communities they exploit,” the statement said.

Mangue, who also currently serves as Vice President to the African country of 1.4 million, the majority of whom live in poverty, was among the sanctioned for pocketing state funds to sustain his “lavish lifestyle,” which is “inconsistent” with his government salary.

Equatorial Guinea's Foreign Minister Simeon Oyono Esono reportedly announced on state TV that the country would close its London embassy and “not accept interference in the internal affairs of the country, which violates the principle of international law.”

Mangue allegedly owned a US$100 million mansion in Paris, a $38 million private jet, dozens of luxury vehicles, and even a $275,000 crystal-covered glove worn by Michael Jackson.

Since his appointment as a government minister in 1998, he is believed to have spent over $500 million.

Also sanctioned for embezzling public funds is former Iraqi governor Nawfal Hammadi Al-Sultan, who is currently serving a five year prison sentence in Iraq for corruption. While in power, Al-Sultan improperly awarded contracts and allegedly wasted over $3.4 million “through fictitious public works.” His designation is the first from the Middle East.

The U.K. government joined the U.S. Department of the Treasury in sanctioning Zimbabwean businessman Kudakwashe Regimond Tagwirei, for “profiting from misappropriation of property when his company, Sakunda Holdings, redeemed Government of Zimbabwe Treasury Bills at up to ten times their official value.”

This “accelerated” the devaluation of the country’s currency, in turn upping the price of basic essentials for his fellow countrymen, over a quarter of whom live in poverty.

Finally, two Venezuelan business partners, Alex Nain Saab Morán and Alvaro Enrique Pulido Vargas, also sanctioned by the U.S., were designated for benefiting financially, through improperly awarded contracts, from public programs meant to feed and house the population, at the expense of poverty-stricken Venezuelans. This would involve delivering basic food products at inflated prices, in one of the most food insecure countries in the world.

Those designated will face financial restrictions, asset freezes and travel bans, “to ensure they will no longer be able to channel their money through U.K. banks or enter the country.”