Swiss authorities have auctioned off a fleet of luxury vehicles owned by the son of the President of Equatorial Guinea, known for his lavish lifestyle and allegations of corruption, the BBC reported Sunday. 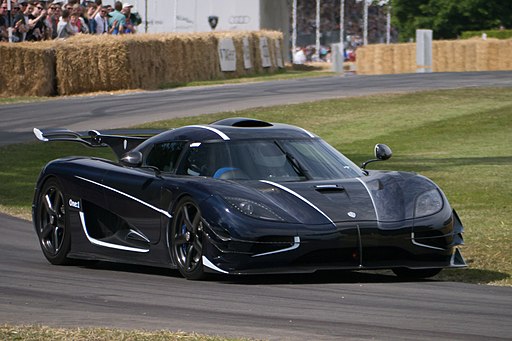 A 2015 Koenigsegg One:1, one type of car auctioned in Cheserex (Photo: Edvvc, CC BY 2.0)Teodorin Nguema Obiang, who is also Vice President of the coastal African nation, lost 25 cars in the auction, which took place in Cheserex, a small town close to Geneva. The collection included Ferraris, Bentleys, Rolls-Royces, and Lamborghinis, and sold for a total of US$ 27 million.

Roughly 23 million of this sum will fund social development projects in Obiang’s home country, per a deal with prosecutors.

The most valuable of the cars, a 2014 Veneno Lamborghini Roadster, sold for $8.3 million, and set a record for fetching the highest price ever recorded at an auction, according to the BBC.

Teodorin, who is known for his extravagant lifestyle and ostentatious social media presence, has recently been the target of Swiss investigators for money laundering and corruption.

He was convicted of graft by a French court in 2017 and authorities confiscated $132 million worth of his assets, including a US$ 117 million mansion in Paris.

The US accused Obiang of looting his oil-rich but impoverished country and forced him to hand over properties worth more than $30 million, including a villa in Malibu a dozen luxury cars.

However, he managed to keep his $38 million private jet and Michael Jackson memorabilia, including a crystal-studded glove.

Teodorin’s father, Teodoro Obiang Nguema Mbasogo, is the world’s longest-serving president and rules the tiny, African country with an iron hand. Equatorial Guinea is considered one of the 15 most corrupt states in the world, according to Transparency International.

While the citizens of the country live in poverty, President Obiang and his family have enriched themselves using an intricate network of corruption.

His family’s connections to Eastern European partners have also been well-documented by OCCRP, as the Obiangs have gone to great lengths to conceal their ill-gotten gains from the international community.

The most recent investigation in Switzerland ended in February, on the condition that Teodorin sell his automobile collection. However, the presidential heir is still awaiting a three-year suspended sentence for abuse of public office.