Brazil authorized on Monday the deployment of a special task force to protect the Yanomami indigenous community after illegal miners searching for gold repeatedly entered native lands in the Amazon and attacked the tribe. 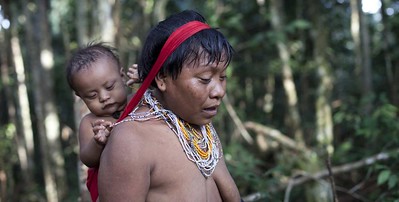 The task force has been instructed to preserve public order and protect the people of the Yanomami reservation and their heritage under a 90-days renewable mandate.

Brazilian authorities did not specify the size of the task force.

The Yanomami community accounts for a population of some 38,000 people distributed in a land of approximately 96,000 square kilometers across the Brazilian states of Amazonas and Roraima and part of southern Venezuela.

Its inhabitants have endured a longstanding conflict with illegal miners, some of them linked to organized crime, whose practices in the Amazon have resulted in the deforestation of Yanomami territory.

The police deployment comes after a ruling issued by Brazil’s Supreme Court last month, urging federal authorities to adopt urgent measures that protect the indigenous population living in the area.

Since May, the Hutukara Yanomami Association, a local NGO advocating for the rights of the Yanomami people, has recorded five attacks conducted by illegal miners.

On 14 May, two Yanomami children drowned amid the chaos after wildcat miners encroached on their land. Two days later, the NGO reported, a group of armed miners distributed in 15 boats approached the same community and clashed with its inhabitants. The association said that one indigenous man and four miners were injured and that the attackers reportedly fired tear gas at the village.

Both local and international organizations have called Brazilian authorities to protect the Yanomami community from organized crime’s systemic violence.

Similarly, the Inter-American Commissioner for Human Rights and the United Nations High Commissioner's Regional Office for South America urged Brazil to protect the Yanomami, but also the Munduruku indigenous peoples amid the escalating violence.