The Brazilian Supreme Court (STF) opened on Wednesday a probe into allegations that Environment Minister Ricardo Salles obstructed environmental inspections involving the largest seizure of illegally chopped wood in the history of Brazil. 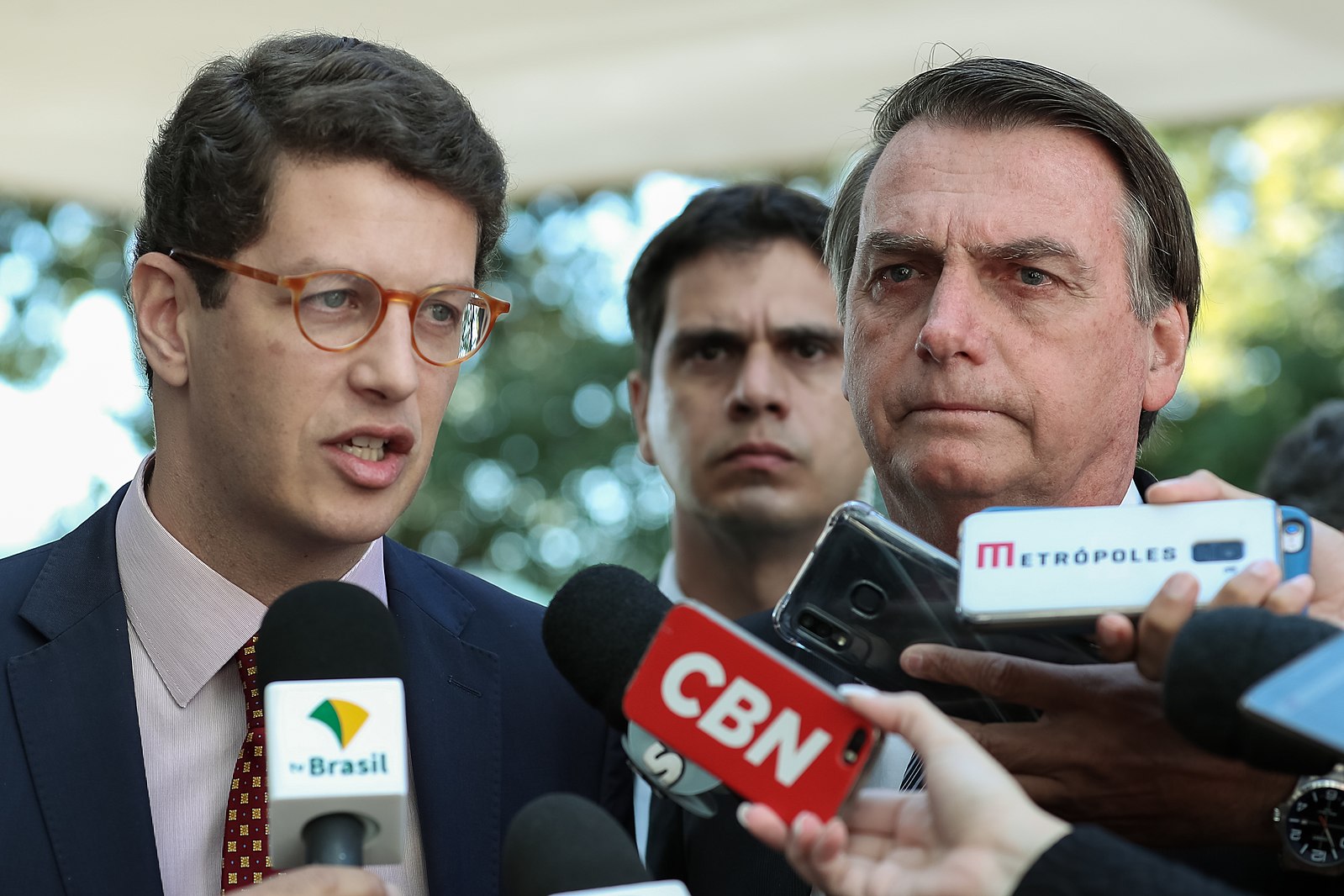 Brazil's Minister of the Environment Eduardo Salles, left, attending a press conference with President Jair Bolsonaro. (Photo: Palácio do Planalto, Wikimedia, License)The court decision signed by STF Justice Carmen Lúcia follows a petition from the Attorney General’s Office filed earlier this week, which stems from a complaint filed in March by Amazon Federal Police superintendent Alexander Silva Saraiva, who accused Salles of using his position as a top official to sponsor the interest of loggers and hinder an investigation involving environmental crimes.

According to Saraiva, the Minister has obstructed a police investigation into the seizure of more than 226.000 cubic meters of illegally extracted wood with an estimated value of some US$25,5 million. The seizure was part of an operation conducted last December that targeted illegal wood smuggling extracted from the Amazon. Saraiva said Salles ‘fiercely criticized’ law enforcement procedures and challenged officers to present reports and documentations on the case within a week.

Saraiva added that Brazil’s environmental regulatory agency, IBAMA, remained ‘inert and uninterested’ in exercising its role as a watchdog from the beginning of the operation, raising suspicions of a possible conflict of interests.

“It is clear that Minister Ricardo Salles, Senator Telmario Mota and the President of IBAMA, Eduardo Bim, knowingly and willingly, hinder the oversight action of public authorities in dealing with environmental matters, and directly sponsor private and illegitimate interests (of the loggers) before the public administration, taking advantage of their power as public officials,” the court decision quotes Saraiva’s complaints.

An advisor of Salles told Brazilian newspaper O Globo earlier this week that an investigation would serve as “a good opportunity to clarify the events.”

This is the second investigation involving Salles and illegal wood smuggling.

Last month, the STF ordered federal police to search premises throughout the states of Brazil’s Federal District, São Paulo, and Pará after Salles and other top officials reportedly enabled about 8,000 shipments of timber harvested in violation of local regulations.

The Minister, nicknamed ‘The Terminator’ by Brazilian climate activists, has denied the allegations and described the law enforcement actions as ‘exaggerated.’