A former Ecuadorian official who was arrested in April for corruption, killed himself in his jail cell in the capital of Quito where he was waiting for his trial, a government minister said. 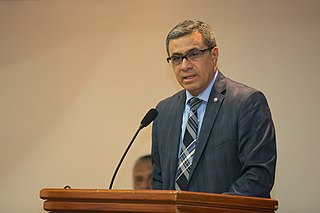 “The forensic medicine report of the Ecuadorian Police establishes that the cause of death of José Augusto Briones is hanging,” Martínez said on Twitter. “The indications suggest it was a suicide.”

Briones was arrested on April 13 along with seven others suspected of involvement in a corruption scheme with the Ecuadorian state oil company, Petroecuador. The alleged organized criminal group, including Briones, was being held in preventative detention when Briones hung himself, according to the Ecuadorian Attorney General’s Office.

Briones and his alleged conspirators were arrested and charged after a one-and-a-half-year probe into corruption that kicked off when two former Petroecuador advisors were arrested in the U.S. They admitted to accepting and laundering US$3.15 million in bribes in exchange for contracts with the state-owned oil giant.

While limited information is available about Briones’ exact role in the graft, CNN reported that the former official’s lawyer commented before a hearing that his client had cooperated with investigators and that there was no “further support” for his case.

“I receive with deep sorrow the news of the death of my dear friend José Agusto Briones,” Moreno wrote. “I will always remember him for his kind and caring attitude. My condolences to his family and friends.”