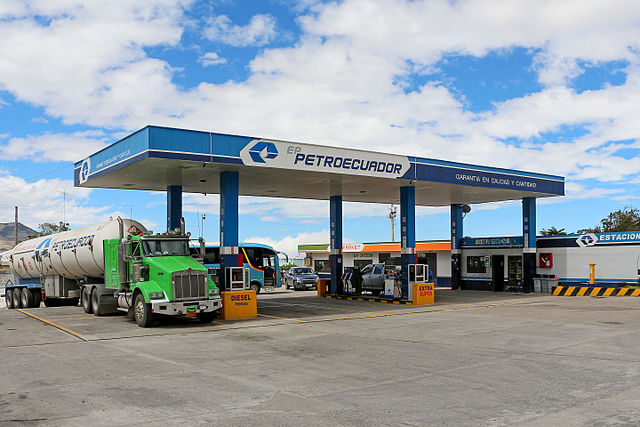 Ecuadorian state oil company Petroecuador allegedly involved in a corruption scheme. (Photo: Bernard Gagnon, Wikimedia, License)Prosecutors said in a statement last week that the suspects remain in preventive detention and are believed to have demanded dubious payments from a Petroecuador contractor between 2017 and 2020 as an organized crime group.

Seven of the nine have then been prosecuted. Among them are the current comptroller general Pablo Celi and former Oil Minister Jose Agusto Briones.

The charges are the result of a probe that was launched in late 2019, when U.S. authorities arrested two workers from Petroecuador.

Jose Raul de la Torre and Roberto Barrera, former advisors at the state oil company, admitted receiving and laundering a $3,15 million bribe from a contractor in exchange for a lucrative deal with Petroecuador. Both men agreed to cooperate with U.S. authorities to reduce their sentences.

Last week, a former employee of the commodities trading house Gunvor Group pleaded guilty before a U.S. court of taking part in a scheme to bribe top Ecuadorian officials in exchange for favorable contracts with the oil company.

The manager of Petroecuador, Gonzalo Maldonado, issued a statement on Thursday expressing the company’s willingness to cooperate with local authorities.

“The doors of this company are open,” Maldonado told the General Prosecutor. “I put at your disposal, as well as the entire team in charge of the pertinent investigations, the information, documents and any other element necessary to clarify these facts that refer to the company.”