Austrian Chancellor Sebastian Kurz said on Sunday that he expects to be charged by anti-corruption prosecutors who are investigating whether he gave false testimony to a parliamentary commission at the time of the so-called “Ibiza affair,” a scandal that led to the collapse of his previous government in 2019. 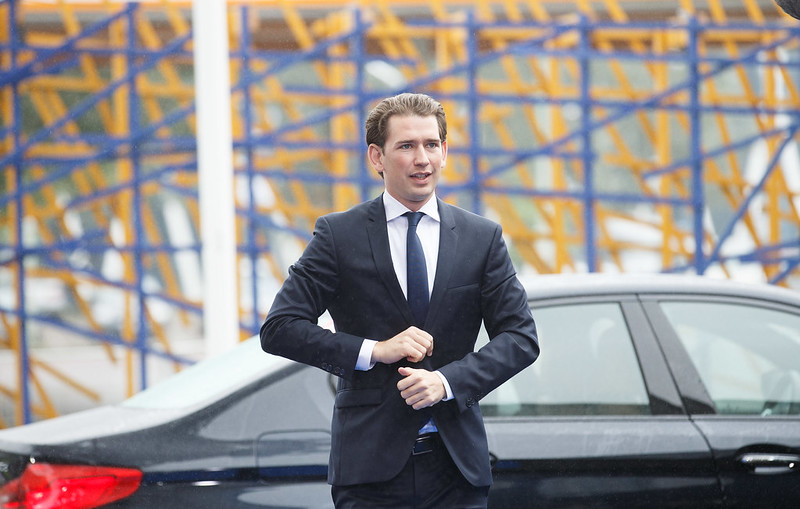 Austrian Chancellor Sebastian Kurz expects to be charged by anti-corruption prosecutors who are investigating whether he gave false testimony to a parliamentary commission at the time of the so-called “Ibiza affair,” a scandal that led to the collapse of his previous government in 2019. (Photo: EU2017EE, Flickr, License)Kurz confirmed at a press conference last week that the probe by the Economic and Corruption Prosecution Office is focused on statements he gave to the commission at the time he was in coalition with Austria’s far-right Freedom Party (FPÖ).

Although at the time he denied committing any crimes and blamed his behavior on alcohol, Strache was forced to resign.

Kurz was questioned whether appointments to posts at state-owned companies were made correctly and in 2020 denied under oath to parliament that he was in any way involved in the 2019 appointment of conservative loyalist Thomas Schmid as chief executive of ÖBAG, a state-run holding that oversees 11 companies.

However, text messages examined by the commission showed Kurz messaging  Schmid that he can get anything he wants.

Kurz told Austrian media on Sunday that although he expects charges against him to be raised, he believes he will be cleared in the end.

However, if prosecuted and convicted, he faces up to three years in prison.

Although Burgenland Governor Hans Peter Doskozil of the Social Democratic Party (SPÖ) said on Friday he expects that Kurz will “react like a statesman” and resign in case he is indicted, Kurz said he has no plans to step down.

The decision by prosecutors to open a corruption inquiry is only the most recent blow to Kurz's government in the past two years.

After the Ibiza affair turmoil, he returned to power with the People's Party (ÖVP) in 2020 in coalition with Austria’s Greens. Shortly after, in February 2021, the home of close ally and finance minister Gernot Blümel was searched in an investigation into illegal funding involving a gambling company seeking help with foreign taxes.

Kurz, the youngest chancellor in Austria's history, initially gained popularity through conservative immigration policies and appeals to national identity. Dubbed “the friendly new face of the European right” by TIME Magazine, he and his party continue to have a commanding lead in political opinion polls.