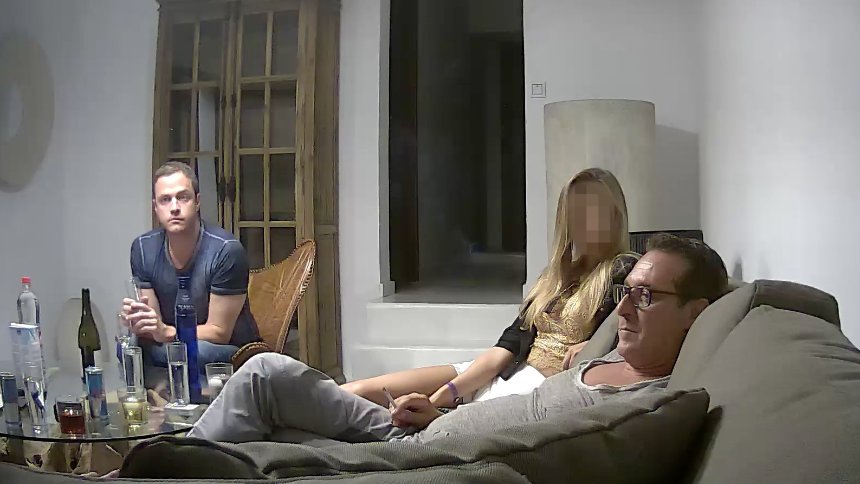 Screenshot from secret Strache video (Source: Der Spiegel)Excerpts from the seven hour video published a day earlier by Germany’s Der Spiegel and Süddeutsche Zeitung appeared to show Vice Chancellor Strache offering lucrative government contracts to a woman who claimed to be a Russian investor and the niece of an oligarch close to Vladimir Putin, in exchange for friendly media coverage.

Igor Makarov, the oligarch whom the woman claimed was her uncle, has refuted the existence of any ties between them, telling media on Sunday that he was an only child.

The video was filmed in a rented villa on the Spanish island of Ibiza in July 2017, just three months before Austria was due for a general election. It appears to have been a setup for Strache, though it remains unclear who was behind it and what the motive was.

The meeting was also attended by a man who accompanied the Russian woman, as well as Johann Gudenus, another politician in Strache’s Freedom Party of Austria (FPÖ), and his wife Tajana, who allegedly has ties to Bosnian Serb President Milorad Dodik.

The crux of the meeting revolved around a plan proposed by the Russian woman, introduced as Alyona Makarova, in which she would buy a 50 percent stake in Austria’s largest newspaper, Kronen Zeitung, and ensure it supported Strache’s Freedom Party of Austria (FPÖ) in the upcoming elections.

In exchange the woman and her companion demanded financial favors, and some of the possibilities discussed including awarding her with inflated government contracts.

Strache can be seen in the video instructing the Russian woman to send contributions to his party undetected, which violates Austria’s campaign financing laws.

When Gudenus explained that the purchase of Kronen Zeitung could be completed weeks before the election, Strache was enthused about the ratings boost the FPÖ would receive.

The meeting also saw Strache express support for the idea of transforming Austria’s media landscape into one similar to Hungary’s, where Viktor Orban has severely curtailed freedom of press.

Austrian Chancellor Sebastian Kurz called for snap elections, saying in a press conference that the revelations in the video “damage the reputation of the country.”

When addressing the press on Saturday, Strache denied committing any crimes and blamed his behavior on alcohol, according to the Washington Post. He called the situation a “targeted political assassination” against him, aimed at breaking the coalition government between Kurz’ Austrian People’s Party (ÖVP) and the FPÖ.

Strache’s Freedom Party has been the subject of much controversy since it came into power in 2017 due to its ties to various other far-right groups. In April a party member sparked backlash by writing poem comparing migrants to rats.

In the aftermath of the scandal thousands of anti-government protesters gathered in front of Vienna’s Chancellery to call for new elections.