Migrants rights groups denounced on Friday the decision of a Greek court to sentence a Somali asylum seeker to 146 years in prison for people smuggling because he steered the boat in which he and other illegal migrants tried to cross from Turkey to Greece. 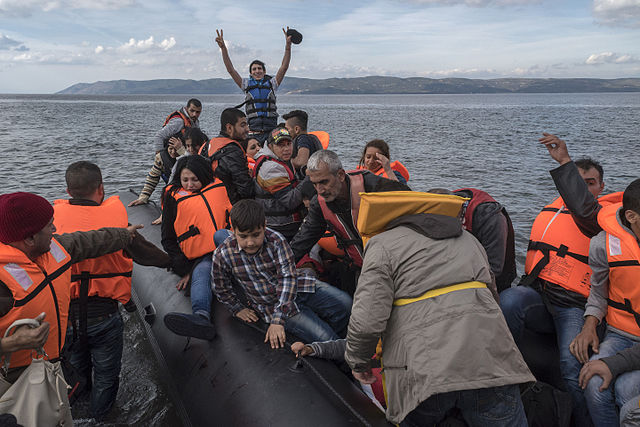 There has been a growing scrutiny over harsh and unfounded smuggling charges for migrants entering Greece, as illegal “pushbacks” of refugees and migrants to Turkey continue to intensify. (Photo: Ggia, Wikimedia, License)On May 13, Mohamad H. was sentenced by a court on the Greek island of Lesbos, according to the European Council on Refugees and Exiles (ECRE) — a network of NGOs working to advance the rights of refugees, asylum seekers, and displaced persons.

After fleeing from Somalia to Turkey, the 27-year-old young father of four attempted to reach Greece on a rubber boat with 33 others last December. Their boat capsized near Lesbos and two of the passengers drowned. The other refugees were rescued by the Greek coast guard.

Mohamad H. was later arrested for steering the vessel and was charged by the Greek authorities with “illegal transportation of third-country nationals into Greek territory”, also known as “human smuggling”.

While survivors of the capsized boat defended Mohamad H. in court, under Greece’s strict migration law, “just touching the wheel is enough to be sentenced to many years in prison as a ‘smuggler,’” his lawyers told ECRE.

"The asylum seekers that were on the same rubber boat appeared in court ... said they owe their lives to Mohamad's actions," Daphne Tolis, a freelance journalist in Greece, said on Twitter.

He was also charged with endangering the lives of others and with causing the death of two people.

"Yet another asylum seeker had to stand trial over charges of being a human smuggler and of being responsible for a lethal shipwreck he survived," the ECRE report said.

This comes just a few weeks after a Syrian refugee was fined 242,000 euro (US$294,000) and sentenced to 52 years in prison for “facilitating illegal entry” into the country, which human rights groups called “a scandal”.

There has been a growing scrutiny over harsh and unfounded smuggling charges for migrants entering Greece, as illegal “pushbacks” of refugees and migrants to Turkey continue to intensify.