Just weeks after organised crime experts warned of an uptick in human smuggling amid the pandemic, European authorities have in the last 48 hours arrested more than 30 alleged human smugglers, with a UN agency reporting that almost 500 migrants had been rescued in the Mediterranean and returned to Libya. 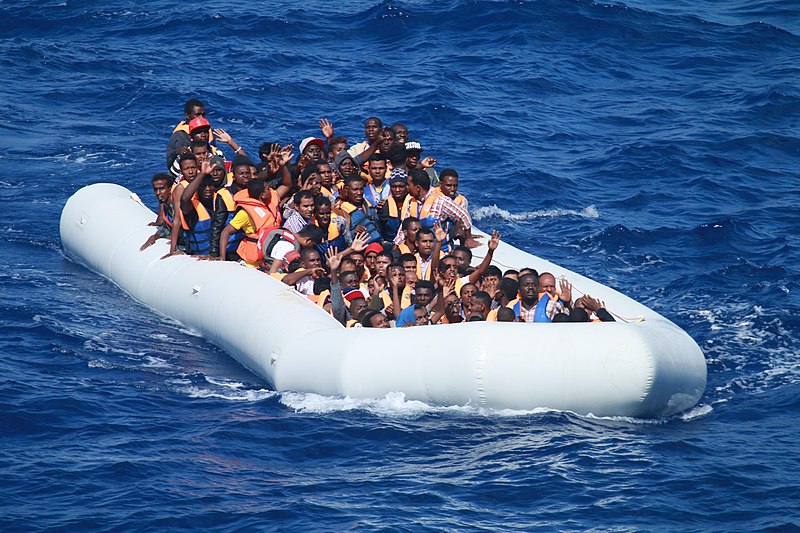 The UN International Organisation on Migration reported that since Monday almost 500 migrants had been intercepted in the Mediterranean and returned to Libya (Photo: US Navy, CC SA-BY 3.0)On Wednesday, authorities in Croatia and Bosnia and Herzegovina conducted raids across several locations in both countries, detaining eight suspected smugglers. Just the day before, in a separate bust, police arrested 26 members of another alleged smuggling ring in France and Belgium.

Both stings came hot on the heels of reports from the UN International Organisation on Migration that 90 migrants had been rescued on Tuesday as they attempted to make the sea-crossing from Libya to European shores - in addition to the 400 returned to the war-torn country in the preceding two days.

OCCRP reported earlier in May that the Global Initiative Against Transnational Organised Crime were warning of an escalation in operations by organised criminal groups looking to profit from migrants seeking entry into Europe.

Prosecutors in Bosnia and Herzegovina said in a statement that those arrested on Wednesday,  following “an extensive investigation” in partnership with Croatian authorities, were found to have charged migrants “large sums of money” to be smuggled from Turkey to Italy through countries in the Western Balkans.

The so-called ‘Balkan route’ has become a favoured passage for organised criminal groups moving migrants through the region, following the disruption of other migratory corridors with the erection of fenced borders between Hungary and Serbia, according to a 2019 report by Global Initiative.

Meanwhile, Eurojust said in their statement on the joint action by French and Belgian police that the 26 members of an alleged human smuggling syndicate arrested on Tuesday may be members of the group responsible for the deaths of the 39 Vietnamese nationals discovered in a UK trailer depot last October, as reported by OCCRP.

“The suspects are allegedly part of an Organised Crime Group (OCG) that smuggles refugees from Asia, particularly from Vietnam, and that likely has transported up to several dozen people every day for several months,” the statement read.