Italian and German law enforcement agencies arrested 31 suspected members of the ‘Ndrangheta mafia in a joint operation assisted by Eurojust and Europol, the European police agency said in a statement on Wednesday. 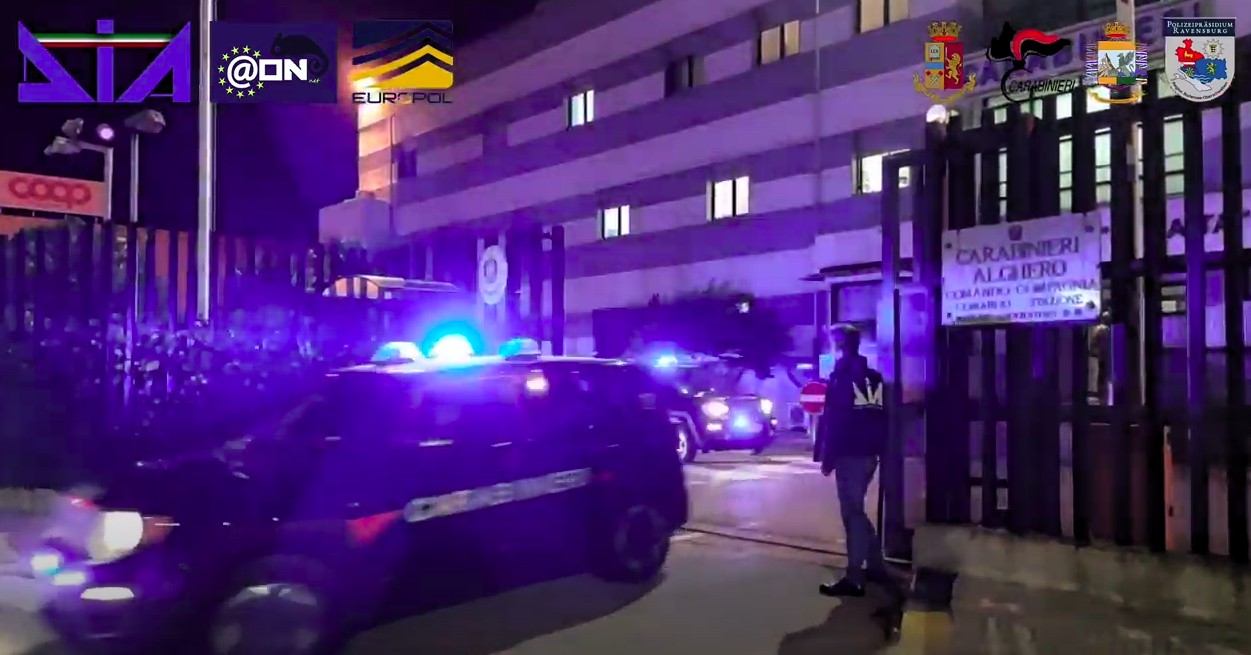 Operation at EU level against ‘Ndrangheta in Italy and Germany. (Photo: Europol, screenshot)The two European agencies have assisted Germany and Italy in setting up a joint investigation team (JIT) that targeted “two particular strands of an organized crime group,” believed to be involved in different crimes, including international drug trafficking and money laundering activities.

Around 800 police officers and tax officials took part in the operation in the two countries. Officers seized “at least several hundreds of thousands euros, as well as weapons, cocaine, two luxury vehicles and jewelry,” the statement said.

“Furthermore, a full assessment of cash amounts seized is ongoing and bank accounts have been frozen,” it added.

Along with the arrests, the JIT has identified another 65 suspects and police have searched their homes both in Italy and in Germany.

The operation was a follow up to the Eurojust and Europol coordinated Operation Pollino, in which 84 suspects were arrested in Germany, Italy, Belgium and the Netherlands in December 2018.

The two agencies said that the organized crime group is suspected of having set up “the trade in cocaine between Italy, the Netherlands, Germany and Spain using encrypted EncroChat and Sky ECC communication tools.”

They added that a string of construction and hospitality companies was allegedly used to launder the proceeds in Italy, while the investigations in Germany focused in particular on drug trafficking and potential tax avoidance.

The investigation, according to Europol, is part of ONNET Project, “an EU-financed initiative to tackle mafia-type organized crime groups active in Europe.”