Russian authorities questioned Roman Anin, the founder of independent media outlet IStories and an OCCRP partner, again on Monday about his work on a 2016 investigative story which alleged that the owner of a multi-million dollar yacht was the current head of the Russian state oil company Rosneft. 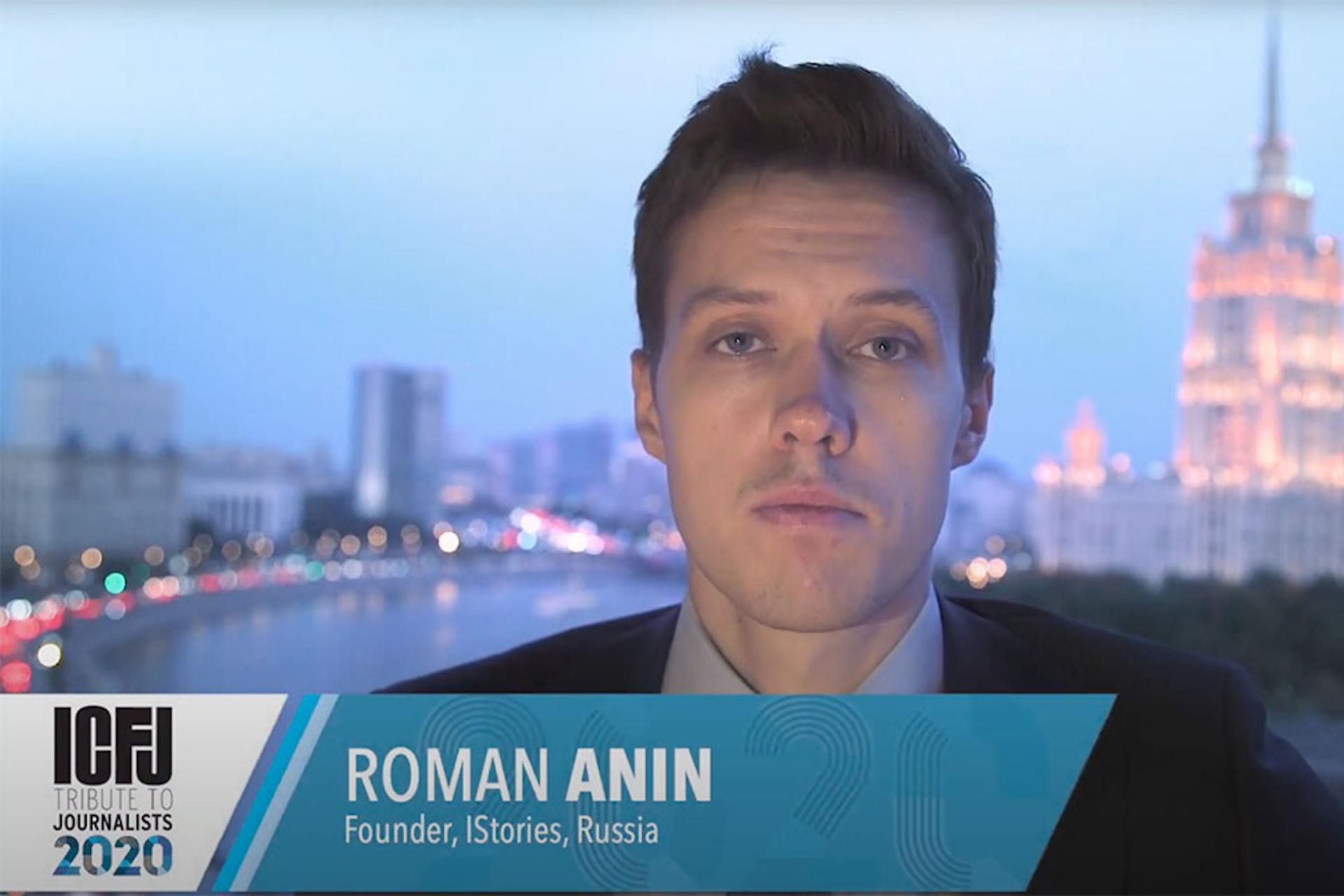 Anin is one of the best journalists in the world and has led numerous groundbreaking investigations into organized crime and corruption in Russia.After leaving the premises of the Investigative Committee, the top law enforcement body where he was questioned, Anin said in a statement via IStories’ Telegram channel that “the investigator did not say anything about what to do next, but made it clear that we will meet again.”

The 2016 story was published by Novaya Gazeta, Anin’s previous employer, and investigators interviewed the reporter about the editorial process at the Russian newspaper and how its stories are approved.

Anin is presently being treated as a witness in the case.

Officers with the country’s Federal Security Service (FSB), the primary successor agency to the KGB, raided Anin’s Moscow apartment on Friday and seized all of his electronic devices, drives and notebooks.

Following the search, Anin was on Friday night taken in by authorities for more questioning and was subsequently encouraged to voluntarily return on Monday morning to answer more questions. He was released around noon.

Anin’s lawyer told OCCRP on Friday that the raid was related to an alleged violation of the “inviolability of private life” under the Russian criminal code, a charge which carries a maximum sentence of four years in prison.

The 2016 Novaya Gazeta story, entitled The Secret of the St. Princess Olga, identified the owner of one of the world’s largest and most luxurious yachts as the government official and oligarch Igor Sechin.

A close associate of President Vladimir Putin, Sechin has been variably described as the premier’s “de-facto deputy” and “the Darth Vader of Russian politics” by both domestic and international press.

Currently serving at the head of Russian state oil company Rosneft, Sechin successfully sued Novaya Gazeta following the publication of the 2016 story, claiming that the exposé had damaged his reputation.

The matter appeared to have been resolved until last Friday, when Anin was told that a criminal case had been launched last month relating to a separate lawsuit filed by Sechin’s ex-wife Olga.

Roseneft issued a statement on Monday distancing itself from lawsuits submitted by private citizens who are trying to “protect their constitutional rights,” but noted that “the 2016 judgment in case No. 02-5313 / 2016 is exhaustive and confirms the fairness of the position of the plaintiff.”

The company said that the raid and Anin’s questioning have been used by the media to discredit Rosneft “given its budgetary and system-forming role for the Russian economy, as well as its leading position in the global energy industry.”

“Such information attacks are organized in order to reduce competitiveness and create additional sanctions risks not only for Rosneft, but also for the country as a whole,” the statement said.

The company may be referring to the fact that the European Union and the United States have mechanisms to punish those presumed to be involved in human rights violations and have recently sanctioned several Russian officials and companies allegedly responsible for the persecutions of opposition leader Alexei Navalny.

Rosneft said it has “already taken a number of legal steps to protect its business reputation and shareholder value.” The statement also said the company will continue to take comprehensive legal measures to counter information attacks and called on the media to refrain from biased assessments.

Respected around the world as one of Russia’s premier investigative journalists, Anin was a 2019 Knight Fellow at Stanford University, later going on to win the International Centre for Journalist’s Knight Trailblazer Award.

Last year he founded IStories, an OCCRP member centre that has swiftly become a forerunner among Russia’s investigative media outlets.

The OCCRP has condemned the raid on Anin’s apartment and his subsequent questioning by authorities. Publisher Drew Sullivan said there was no basis for any criminal case against the journalist, describing the action as “another step in the ongoing squeeze on the remaining independent media.”

The European Union has also formally expressed its concern over Anin’s arrest, calling on Russian authorities to uphold their domestic and international obligations amid the ongoing deterioration of press freedoms.

“We have seen that the situation of media freedom in the Russian Federation is worsening and the space for independent journalism and civil society is shrinking,” a spokesperson said.

“It is the duty of media to report on issues of public interest. State authorities should ensure that journalists are able to carry out their legitimate work and not hinder or intimidate them,” the EU statement added.

The Global Investigative Journalism Network described Anin as being “widely regarded as one of the world’s top investigative reporters,” and said that “this move by officials can only be interpreted as an attempt to silence his journalism.”

The International Consortium of Investigative Journalists similarly said they were “deeply concerned” by the news of Anin being taken in for questioning.

“On the face of it, this appears to be a dark day for freedom of the media in Russia. We stand fully behind Anin’s fearless exposure of figures from the criminal and political underworld,” ICIJ director Gerard Ryle said.

Reporters Sans Frontiers also issued a statement in which they denounced “unfounded pressure” on Anin and called on the Russian authorities to stop this “harassment.”