A report released Monday alleges that Mozambique’s Islamist insurgency funds its “terrorist” activities through involvement in a range of criminal economies, including illegal timber, gemstone, wildlife and drug trafficking - these claims are contested, however, by several experts. 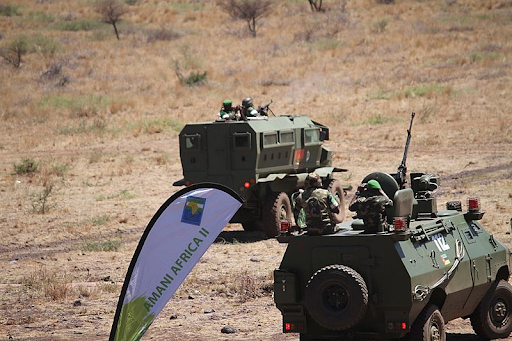 Mozambique’s military has failed to defeat the country’s northern insurgency (Photo: Super Moz, Wikimedia, License)Published by the Counter Extremism Project, “An Unholy Alliance: Links Between Extremism and Illicit Trade in East Africa” appears barely a week after the militant group burst onto international headlines with their brutal attack on the northern city of Palma, which killed dozens of people near a major gas project run by French energy giant Total.

The conflict, rooted in poverty and marginalization, began in Mozambique’s most deprived province, Cabo Delgado, in late 2017 and has since killed over 1,300 civilians, burnt countless towns and villages and displaced over 700,000 people– about 30% of the provincial population—including some 250,000 children.

The “Al-Shabaab” insurgency, of no relation to its Somali namesake, was officially designated an ISIS-affiliated terrorist organization by the U.S. State Department on March 10 and, in line with Monday’s report, a senior State Department official had already explicitly linked anti-drug and anti-insurgency activities in July 2020.

The problem, however, is that multiple experts agree “Al-Shabaab” is simply not involved in these criminal activities.

“I can clearly state that [the insurgency] is definitely not funded by ivory trafficking,” Alastair Nelson, Senior Analyst at the Global Initiative said on Thursday.

“Further, I also disagree with the statements in this report that [Al-Shabaab] are tapped into the major illicit flows in the region – drugs, gemstones and smuggling of migrants. The recent research that we undertook…specifically found that they were not connected to these illicit flows at all,” he told the OCCRP.

Rather, these illicit flows have been diverted around insurgent-held territories for a variety of reasons, argues Nelson.

Dr. Joseph Hanlon, one of the world’s top Mozambique experts, also confirmed to the OCCRP that “insurgents are not trading in either ivory or drugs,” though he would not go into further detail.

Dr. Hanlon has, however, identified government involvement in certain illicit economies, arguing in 2018 that of the US$600-800 million dollars in heroin money entering Mozambique annually, around US$100 million goes to bribing members of Mozambique’s ruling FRELIMO party.

He has also written extensively about why that same government is so keen to frame the Islamist insurgency as a terrorist group: namely, because it allows them to avoid any conversation about the insurgency’s roots in economic inequality, historical marginalization and the greed of a FRELIMO elite that refuses to share Mozambique’s astounding ruby, mineral and gas wealth with its people.

“Crime, corruption, extremism and illicit trade are inextricably linked  - but in the case of [the insurgency] in northern Mozambique this is not direct”, elaborates Alastair Nelson.

“Rather the illicit economies, the crime groups driving them and their corrupt links to state structures created the breakdown in governance [that enabled] the genesis of [Al-Shabaab] back in 2007-9,” he told the OCCRP.

Any solution, he concludes, must therefore address these core problems by establishing security for local people, building resilience in local government and community structures and sharing Mozambique’s natural wealth with the people who most need them.