Three non-governmental organizations announced on Monday that they have helped a Syrian man sue in Moscow members of the Russian paramilitary group Wagner for war crimes, accusing them of cruelly killing his brother in Syria. 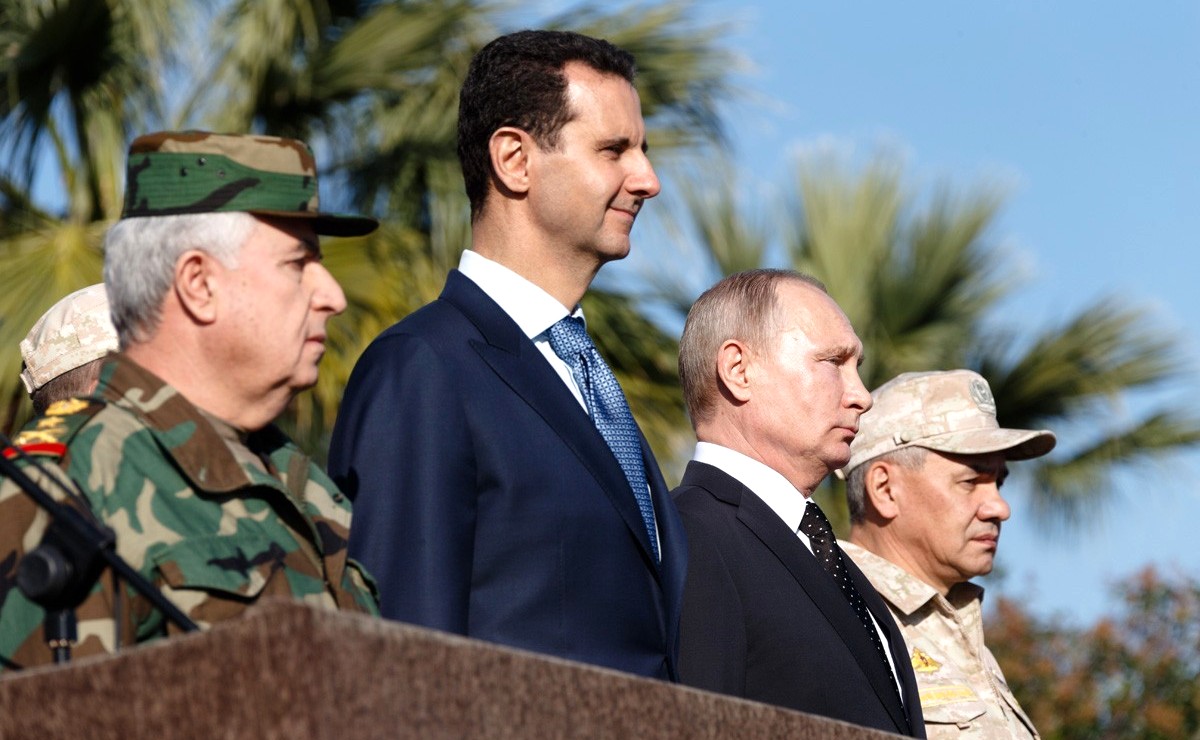 Syrian President Assad enjoys support of his Russian colleague Vladimir Putin. (Photo: Press Office, Kremlin)The Wagner Group is believed to be run by an oligarch close to President Vladimir Putin. Russia has in recent years been heavily involved in the decade-long Syrian conflict and the lawsuit is the first ever filed before Russian courts against Russian citizens.

Syrian victims and activists have been trying for years to hold suspected war criminals accountable but their path towards the International Criminal Court (ICC) remains blocked by Russia’s and China’s vetoes in the U.N. Security Council and Syria has never ratified the Rome Statute - the treaty that established the ICC.

Because of this, victims have turned towards other countries – such as Germany, Sweden, France and Spain – to investigate cases based on what is known as “extraterritorial” jurisdiction.

The first complaint filed in Moscow is based on an online video published in 2017 by an unknown person. The footage shows several Russian-speaking men dressed in military uniforms violently beating an unarmed man. Another video that emerged in 2019 of the same event showed the man being beaten, tortured, beheaded and his body subsequently dismembered and set on fire.

Russian independent paper Novaya Gazeta identified one of the perpetrators as a member of the Private Military Company Wagner, believed to be financed by Yevgeny Prigozhin, a Russian oligarch close to President Vladimir Putin.

The shadowy mercenary organization is suspected of fighting on behalf of the Russian government in Syria, eastern Ukraine, Sudan and Libya.

Prigozhin is also known as “Putin’s Chef,” as his restaurant group has catered the Russian President’s dinner parties with foreign guests.

Investigative outlet Bellingcat last year revealed how frequent Prigozhin has been communicating with the Kremlin and other Russian institutions during his worldwide private military and disinformation activities.

The lawsuit in Moscow was submitted by the victim’s brother on March 11 with the help of the Syrian Center for Media and Freedom of Expression (SCM), the International Federation for Human Rights (FIDH), and the Memorial Human Rights Center.

“This litigation is a first-ever attempt by the family of a Syrian victim to hold Russian suspects accountable for serious crimes committed in Syria,” the FIDH said.

The complaint demands the initiation of criminal proceedings on the basis of “murder committed with extreme cruelty, with a view to establishing the alleged perpetrators’ responsibility for this and other crimes, including war crimes.”

The head of the FIDH’s Eastern Europe and Central Asia Desk, Ilya Nuzov, said that the complaint paves the way to holding Russia responsible for “this and other crimes committed by its de facto armed forces extraterritorially.”

Director general and founder of the Syrian Center for Media and Freedom of Expression, Mazen Darwish, also noted that “the Russian government must assume its legal and moral responsibilities for the violations committed by its army, including the private entities involved in external military operations under its command, such as the Wagner Group.”

The three NGOs now claim that they can provide “evidence that clearly establishes the identity of one of the defendants and his involvement with Wagner.”

“Our organizations have worked for months to prepare the case in order to present the Russian judiciary with sufficient evidence that can hold the suspects involved in the crime accountable for their actions,” coordinator of FIDH’s Litigation Action Group, Clémence Bectarte, said.

The organizations promised they will continue to work through all available judicial avenues until justice is achieved.