Several Indian Ocean states have accused the EU’s distant water fishing fleet of engaging in neo-colonialism after the union called for weaker conservation laws while its ships plunder the bounties of the Indian Ocean. 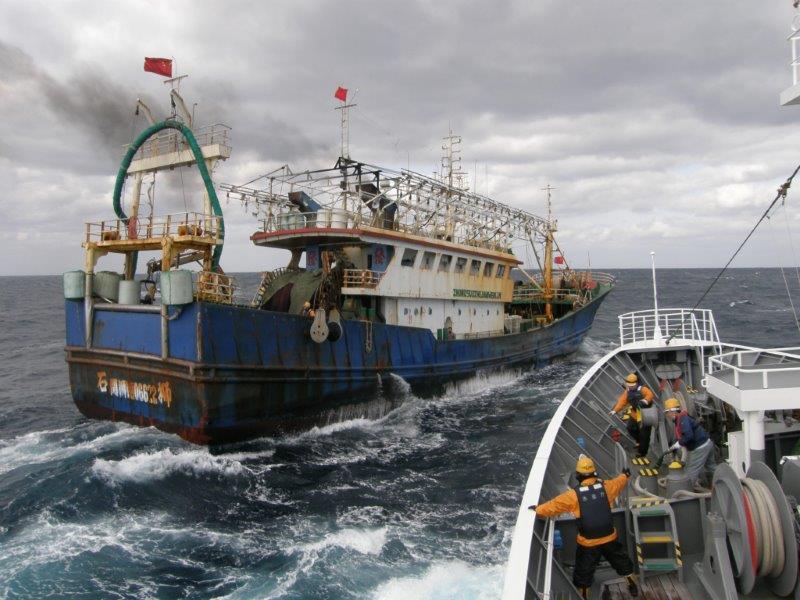 While the EU fleet is, by all accounts, operating legally, exacerbating the problem is the overfishing of ahi tuna by so-called pirate fishing. (Photo: 人事院, Wikimedia, License) Though significantly smaller than China's 17,000 vessel-strong fleet, which almost triggered an international incident last summer while fishing just outside the protected zone of the Galapagos islands, the EU fleet, of just 250 vessels sailing mostly under Spanish, French and Portuegese flags, is the largest harvester of yellowfin or “ahi” tuna in the Indian Ocean.

As the Indian Ocean Tuna Commission (IOTC) meets this week to discuss reasonable conservation measures for the fish, which has become a popular staple worldwide, the EU initially called for only a slight step back in fishing, to reduce catches by some 6%, according to the Guardian.

The Maldivian proposal on the other hand called for a 14% reduction in fishing, something the World Wildlife Fund (WWF) and other environmental organizations have called “the bare minimum,” the Guardian reported.

Officials in the Maldives and Seychelles, two Indian Ocean island nations whose economies rely heavily on the maritime industry, have dismissed the EU’s proposal as almost insulting.

“The EU is hypocritical, going around the world talking about overfishing. It’s a neocolonial situation,” Nermine Shah, former chair of Seychelles Fishing Authority told the Guardian. “What the EU are telling us is they don’t care about our coastal nations.”

While the EU fleet is, by all accounts, operating legally, exacerbating the problem is the overfishing of ahi tuna by so-called pirate fishing, or illegal, unreported and unregulated fishing (IUU).

“This modern day piracy threatens the capacity of regional fisheries management organizations (RFMOs) to protect tuna fisheries by impacting the ability of scientists to assess the health of tuna stocks,” said WWF.

According to Interpol however, Illegal fishing, which already accounts for more than 20% of the world’s catch, doesn't just threaten marine life, but also has human victims both at sea and on shore.

“Money laundering, labour exploitation, corruption and forgery are a small sample of serious crimes commonly committed during IUU fishing today,” the international law enforcement agency said in a December report on the crime. “Fishing vessels are often also used to smuggle people, drugs and firearms, as well as to carry out piracy or terrorist attacks.”