The Ecuadorian navy is on high alert as it monitors a massive fleet of more than 260 Chinese fishing vessels hovering at the edge of the protected zone that surrounds the Galapagos Islands in the Pacific. 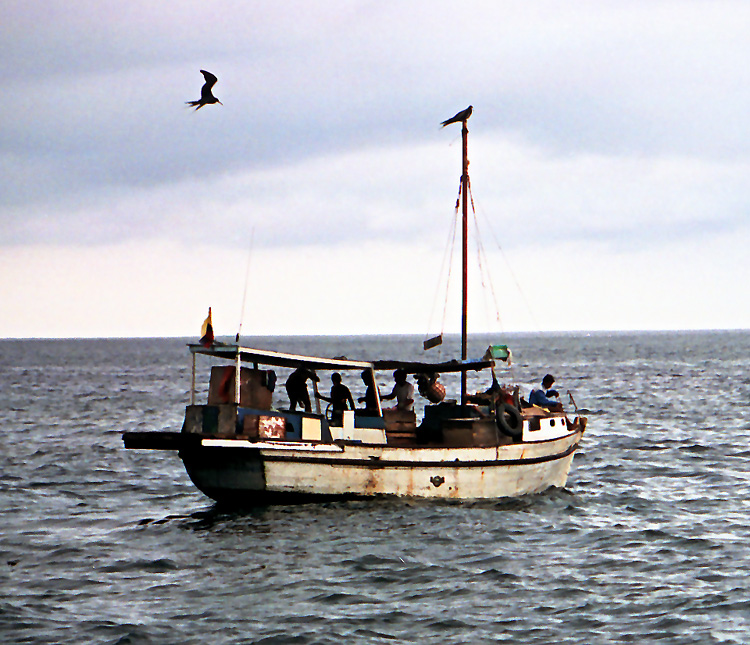 The waters around the Galapagos islands are home to the largest concentration of sharks in the world. (Source: Wikimedia Commons)The archipelago, whose unique ecosystem and biological diversity inspired Charles Darwin to craft the Theory of Evolution after an expedition in 1835, is home to a variety of protected species valued by Chinese fishermen.

In particular, the waters around the islands are home to the largest concentration of sharks in the world, including several varieties which are near extinction.

Shark fins and other derivatives have a large market in China, where they are used in delicacies such as shark fin soup.

The fleet has not yet entered the protected zone, and can still be seen sitting on it’s edge.

“There is a corridor that is international waters, that’s where the fleet is located,” Ecuadorian Defense Minister Oswaldo Jarrin told reporters.

The fear that the fishermen are targeting the region's endangered wildlife is based on previous experience. In 2017, a Chinese fishing vessel was intercepted off of the Galapagos and found to be hauling 300 tons of fish which included tens of thousands of illegally caught sharks.

“We are on alert, (conducting) surveillance, patrolling to avoid an incident such as what happened in 2017,” Jarrin said.

Though still a delicacy for many in East Asia, the demand for shark fin soup has seen a decline in recent years in response to environmental concerns. The dish was banned at official banquets by the state Council of the People’s Republic of China in 2012 and several U.S. states have officially outlawed the sale and possession of shark fins.