During an appearance on an Albanian talk show, Tirana’s mayor, Erion Veliaj, downplayed an ongoing investigation into his ties with ‘Ndrangheta’s money laundering apparatus in Albania as just regular electioneering. 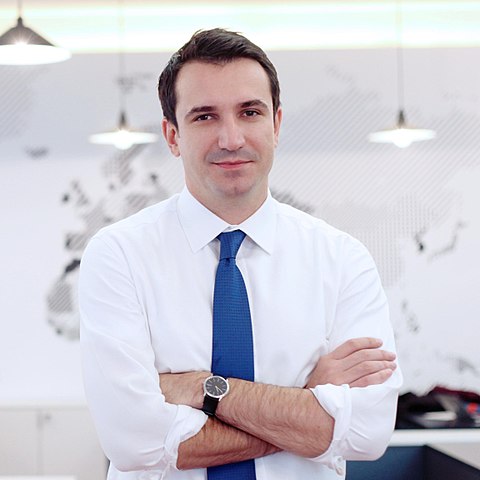 When the news first broke, Veliaj blamed it on his opponents in Albania’s Democratic Party. (Photo: Tirana municipality, Wikimedia, License)“If they were true, they would have gone to the prosecutor’s office and there would have been investigations, but this has become a pre-election routine. I am at the stage where I just have fun and want to continue working,” Veliaj said to the host of Time to wake up this morning, according to Albanian media.

The Investigation comes as ‘Ndrangheta leaders in Italy are on trial in one of the country’s largest Mafia trials since the 1990s.

In the course of the Italian government's investigation, leaked wiretaps revealed ‘Ndrangheta members discussing money laundering ties with Albania. They described one contact as “an important person” who was close to Albania’s prime minister and to Tirana’s mayor.

When the news first broke, Veliaj blamed it on his opponents in Albania’s Democratic Party.

“You will hear wonders in this campaign. They will make us schoolmates of Escobar. All sorts of wonders will come out. Divide and rule has been Sali (Berisha’s) strategy. It worked in the 90s,” Veliaj said, referring to Albania’s former president, the Albanian Exit News reported.

“After more than one year of travels to Tirana and talking with each other about investments they would make in Albania, [‘Ndrangheta] completely failed,” Rama argued, citing an italian investigation.

Nonetheless, the Albania’s Democratic party hit back against Rama’s claim.

“It is no coincidence that whenever the Italian mafia and drug networks in Italy are hit, wiretaps bring to light the large-scale corruption of the highest echelons of Edi Rama's power,” it said in a statement.