After an Italian operation arrested dozens of alleged ‘Ndrangheta members last week, Albania’s Prime Minister, Edi Rama, said the mafia group had tried to use his country as a money laundering base but without success. 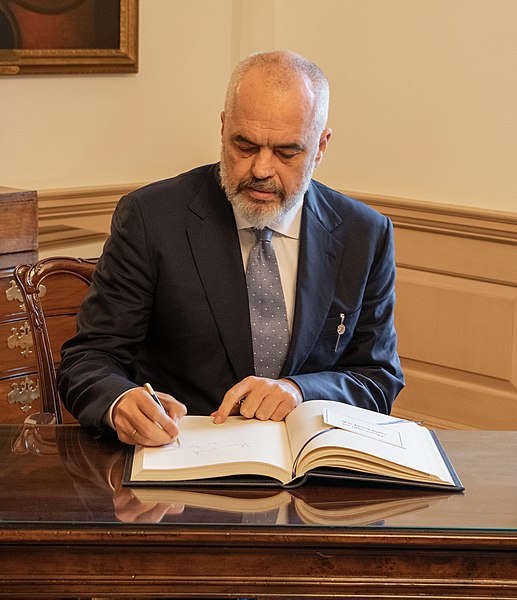 The opposition immediately accused the government of involvement in money laundering schemes. (Source: Wikimedia Commons)Among those arrested were also seven Albanians and Albanian media have published leaked recordings that indicate the Italian mafia group was planning to invest its illicit money in the country.

The opposition immediately accused the government of involvement in money laundering schemes.

“It is no coincidence that, whenever the Italian mafia and drug networks in Italy are hit, wiretaps bring to light the large-scale corruption of the highest echelons of Edi Rama's power,” a statement from the Democratic Party said.

Rama acknowledged that ‘Ndrangheta had made attempts to use his country as a money laundering base, but claimed that they had no success.

“After more than one year of travels to Tirana and talking with each other about investments they would make in Albania, they completely failed,” Rama said during a virtual press conference this week, citing an Italian investigation.

The roundup of ‘Ndrangheta members last Thursday was unique in that it didn’t just target the group’s street thugs or enforcers, but took aim at the high ranking political connections that allow ‘Ndrangheta to operate its massive money laundering apparatus and clean funds from their criminal enterprises that are believed to account for more than 3.5% of Italy’s GDP.

Among those arrested were a Calabrian mayor, council member and finance minister, and a former lieutenant in Italy's Guardia Di Finanza, as well as several entrepreneurs and business leaders.

“So many white collar criminals were caught in this operation,” Sergio Nazzaro, an Italian journalist, writer and adviser to the Parliamentary Anti-Mafia Commission, told OCCRP.

It showed a stark difference from how the mafia is often imagined both in Italy and abroad, as well as how deep ‘Ndrangheta’s infiltration may go into southern Italy’s political and financial infrastructure.

In their recorded conversations, the alleged mafia members reportedly discussed potential investments with an Albanian businessman that they described as “close to the Prime Minister, he’s close to the Tirana mayor, he’s an important person.”

Another wiretap showed the mafiosi talking about investing in the healthcare sector of the northern Albanian city of Shkodra, Exit News revealed.

As insights into ‘Ndrangheta’s money laundering empire continue to be revealed, Italy has also put one of the group’s foremost clans in the spotlight in the country’s biggest mafia trial since the so-called Maxi Trials of the 1980s and 1990s.