An Italian construction magnate has been expropriated of assets worth over 212 million euro (US$256 million) on Thursday for his suspected ties to two infamous ‘Ndrangheta families involved in illegal bid rigging for construction contracts. 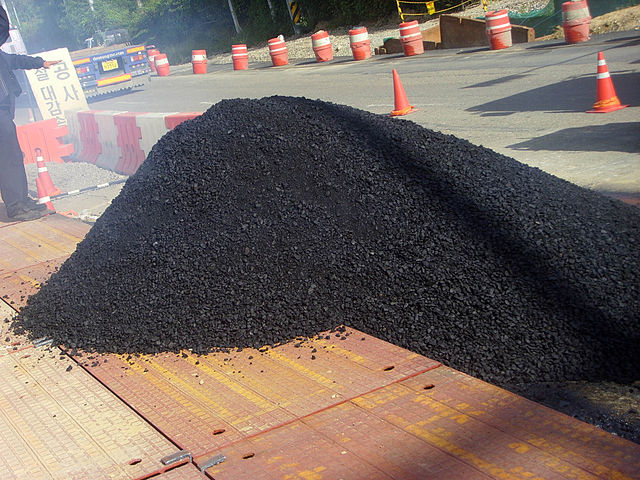 Asphalt concrete: the “black gold” of the Italian ‘Ndrangheta. (Photo: User:G43, Wikimedia, License)Italy’s Guardia di Finanza said they confiscated assets including 13 joint stock companies, 11 properties and 12 luxury watches from Domenico Gallo, the 65-year-old Calabrian “Asphalt Billionaire” who until recently controlled a vast concrete and asphalt empire, due to decades of alleged collusion with the ‘Ndrangheta’s Piromalli and Zagari-Fazzalari clans.

Gallo was detained during Operation “Cumbertazione” in 2017, which unveiled a gigantic national-level corruption network based out of the southern city of Reggio Calabria.

Comprised of ‘Ndrangheta members, businesspeople and public officials, this “construction cartel” had for years conducted systematic fraud by rigging bids on tenders for the construction of large public works, including parts of the Salerno-Reggio Calabria and Milan-Genoa high-speed railway.

Gallo, who first appeared in police reports about criminal-corporate collusion as early as 1985, stands accused of a litany of crimes, including illegal bid rigging, tax evasion, money laundering, fraud and mafia association.

The two clans he has been tied to belong to the Tyrrhenian district, one of the three territorial units the ‘Ndrangheta has carved into Calabria. Construction is one of their biggest earners: motorways, railways, boulevards and even a large portion of Gioia Tauro, Italy’s biggest container port and a major cocaine entrepot.

The Piromalli in particular are one of the ‘Ndrangheta’s most distinguished families, according to Sergio Nazzaro, a journalist and adviser to the Parliamentary Anti-Mafia Commission. To them, and in fact to the ‘Ndrangheta in general, the multibillion-dollar cocaine trade is just about generating start-up capital for construction projects.

“Drugs [are just] the first step, because the real target is the legal economy”, Nazzaro told OCCRP.

For while cocaine may be a criminal steroid, its bulk cash profits cannot buy true power, at least not in Europe; that kind of influence lies in cement, it lies in creating jobs. From there, says Nazarro, votes and the political success they ensure are but a step away.