Investigation: Cocaine’s Future is in Europe

Historically based on exports to the huge U.S. market, the axis of the global cocaine trade has in the last twenty years increasingly tilted towards Europe, argues an investigation published on Tuesday. 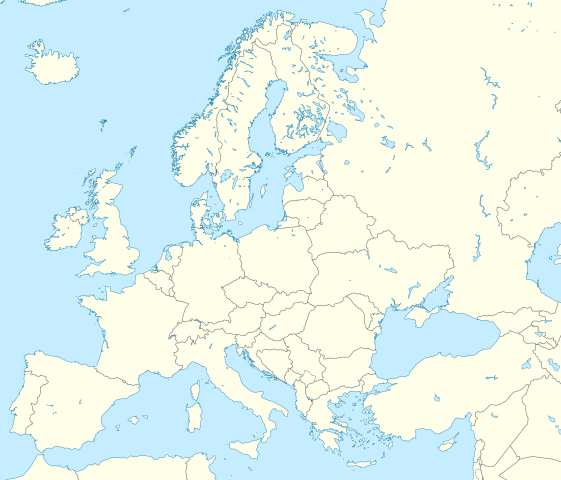 Europe’s lucrative and growing cocaine market is conservatively valued at over €9 billion (US$10.9 billion) (Photo: Alexrk2, Wikimedia, License)“The Cocaine Pipeline to Europe,” co-produced by InSight Crime and the Global Initiative, reports on how soaring cocaine production in South America, rising demand among Europeans and the monopolization of the U.S. market by Mexican cartels has re-focused South American drug traffickers on Europe.

Led by the drug’s early European adopters, the Italian ‘Ndrangheta and Camorra mafias, European organized crime has since the late 1990s invested ever more heavily in cocaine, which since its boom in the late 20th century has underwritten the creation of global criminal empires.

Back in the 1990s, the ‘Ndrangheta remained lowly cousins to the Sicilian Mafia while Balkan syndicates trafficked cigarettes and heroin. Across the Atlantic, Brazil’s Primeiro Comando da Capital (PCC) had just started as a prison gang.

Then cocaine came along.

Now they each count among the world’s largest criminal conglomerates, having established major distribution networks between South American production centres and a European retail market valued by Europol at over 9 billion euros (nearly US$11 billion) in 2017.

“Cocaine is a criminal steroid. Those that gain access to its riches enjoy accelerated growth and power,” said the investigation.

This criminal expansion has partly involved riding the success of the container revolution, which by cutting transcontinental shipping costs and overwhelming major ports with the yearly transit of millions of containers has turned drug interdiction into an endless - and arguably unwinnable - game of cat-and-mouse.

The mice are further aided by logistics experts, front companies and especially, drug brokers, who negotiate price, route and timing. Such intermediaries have become prerequisites in the fragmented criminal landscape left by the demise of Colombia’s monolithic Medellin and Cali Cartels in the 1990s.

Today, Colombian and European organized crime are both trying to expand their share of the value chain, with Colombian syndicates creating distribution outposts in Spain and Italian, Albanian and Serbian groups sending emissaries to buy cocaine directly in Latin America.

However, both have witnessed an increasing shift towards multi-national horizontally structured drug trafficking networks, who collaborate on individual projects before dispersing in search of other opportunities.

Furthermore, these networks count among them a growing number of “invisibles” – quiet, low-profile bosses, such as Colombia’s Guillermo Acevedo, a.k.a. “Memo Fantasma” (Will the Ghost), who after a career as a drug-trafficking paramilitary commander now lives quietly in Spain.

“[W]e see the future [of cocaine] in [those] multi-national criminal networks, with an ever-fluid membership” Jeremy McDermott, Executive Director of InSight Crime and the man who found Memo Fantasma, told OCCRP.

A future surging through Europe.