New US Bill Tackles Money Laundering in the Antiquities Trade

Through the recently passed National Defense Authorization Act, (NDAA) the U.S. Congress has given the Department of the Treasury one year to establish rules to mitigate the threat of money laundering and terror financing in the antiquities and arts trade. 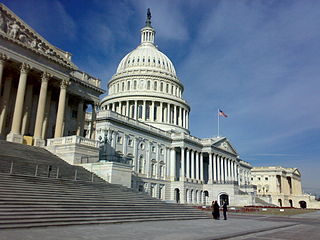 In countries where artifacts are looted, their illegal trade is often a significant funding source for both organized crime and militant groups. (Photo: Bjoertvedt, License License)The more than 4,500 pages-long bill authorized a US$740 billion defense budget, but was packaged with several riders and amendments. President Donald Trump initially vetoed the bill, but his veto was overridden by a bipartisan majority in both the Senate and the House.

One division of the bill was devoted to anti-money laundering measures, including such efforts in the antiquities and arts trade.

As a cash-heavy industry with too often little oversight, both the legal and illegal antiquities markets have long been considered ripe for money laundering purposes.

While there are money laundering risks even in the trade of legitimately acquired artifacts, the art world has found itself embroiled in money laundering and organized crime through the trade and sale of looted cultural property bearing false provenance records.

For the buyers, false provenance records can boost the value of an item whose sale can then be used to underwrite illegal deals or whose donation can be used for a bloated tax write-off.

In countries where artifacts are looted, their illegal trade is often a significant funding source for both organized crime and militant groups.

“You cannot look at it separately from combating trafficking in drugs and weapons. We know that the same groups are engaged, because it generates big money,” said Catherine de Bolle, Executive Director of Europol after a major crackdown on the trade back in May.

According to a 2018 report by Standards Charter Bank, the illegal antiquities trade is a multibillion dollar industry which “not only robs us of our past and cultural heritage, but recent cases have evidenced that looting and trafficking of art and antiquities funds criminal activities and creates conflict and extremism around the world, producing long-lasting economic damage.”

The looting of cultural property from active war zones is also considered a war crime under the 1954 Hague convention.

Though the specific provisions will be decided on by the Treasury’s Financial Crimes Enforcement Network (FinCEN), according to The New York Times, the bill will broaden the 1970 bank secrecy act and require dealers to provide greater transparency in deals over a certain dollar amount.

That’s something industry leaders fought strongly against, and in the last two years alone the auction house Christies spent over US$100,000 to influence the bill, according to the Times.

“The proposed legislation will begin to close a major loophole,” Tess Davis, the executive director of the Antiquities Coalition, told the Times.