In a massive crackdown on the illegal antiquities trade that spanned over 100 countries, international and national law enforcement agencies arrested 101 individuals and recovered  some 19,000 archeological artifacts, Interpol reported on Wednesday. 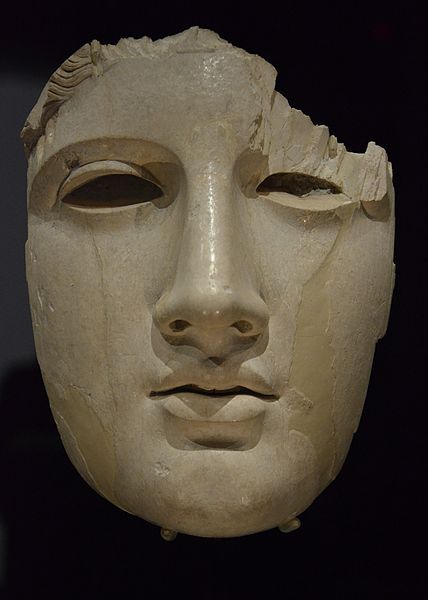 The looting and trade of illegal antiquities is a multi-billion dollar industry that often funds organized crime and militant groups. (Source: Wikimedia Commons)In Asia, Afghan customs officials seized nearly a thousand cultural objects at Kabul airport before they could be shipped out of the country, while in South America, Argentine police seized some 2,500 ancient coins - the largest recovery of its kind.

“The number of arrests and objects show the scale and global reach of the illicit trade in cultural artefacts, where every country with a rich heritage is a potential target,” said Interpol Secretary General Jürgen Stock.

“If you then take the significant amounts of money involved and the secrecy of the transactions, this also presents opportunities for money laundering and fraud as well as financing organized crime networks,” he concluded.

According to Standards Chartered Bank, the illegal trade of archaeological artifacts and other objects of cultural heritage is a multi-billion dollar industry which too often helps fund terrorist groups and organized crime syndicates.

“Organized crime has many faces. The trafficking of cultural goods is one of them and it is not a glamorous business run by flamboyant gentlemen forgers, but by international criminal networks,” said Catherine de Bolle, Executive Director of Europol.

“You cannot look at it separately from combating trafficking in drugs and weapons. We know that the same groups are engaged, because it generates big money,” de Bolle explained.

The Islamic State group was known to have used the sale of artifacts looted from conquered historical sites such as Palmyra in Syria to fund its operations. So too have the Taliban, Al-Qaeda, the Italian mafia as well as as South and Central American cartels all used the sale of looted cultural artifacts to fund their criminal enterprises.

The operation, coordinated by Interpol, Europol, and the World Customs organization (WCO) paid particular attention to online markets which have been a significant outlet for the illegal trade, leading to seizures and arrests in both hemispheres.

“For at least the Middle East and North Africa, Facebook is one of largest vectors for illegal trafficking,” Katie Paul, the co-director of the ATHAR Project which tracks online antiquities trafficking networks, told OCCRP on Friday.

ATHAR is currently monitoring more than 120 private and public Facebook groups explicitly devoted to antiquities trafficking, the largest of which has over a quarter-million members and gets thousands of posts per day about artifacts for trade and active looting.

“The size of these groups has shown that Facebook, in a way that ebay and other ecommerce sites couldn’t do, has really democratized the looting process,” Paul said. “We see mosaics offered while still on site, we see small movable artifacts like coins and pottery and we’ve seen things as large as Egyptian sarcophagi,” she said.

However, what ATHAR is seeing online, is only one step in the artifacts’ journeys.

“The groups we follow are the middle man’s middle man, these are the artifacts truly just as they are coming out of the ground and on their way to the next stop in the chain, which is never going to be the final market,” said Paul.

She explained that this final market is largely wealthy collectors in the US and in Western Europe.

Despite the fact that the operation led to some of the largest antiquities trafficking busts and artifact recoveries in history, Paul is wary as to whether a significant dent has been made in the industry.

“Until a demand for this kind of Illicit material ends or we see some sort of ramifications for the people who are actively buying the material and creating the market for it, don’t think we are going to see a slowdown in the trafficking of antiquities stolen from museums and archaeological sites,” Paul concluded.