Cyprus Blocks Sanctions Against Belarus as Some Question its Motives

Cyprus blocked an EU decision to sanction individuals suspected of election fraud and the violent crackdown against protesters in Belarus, demanding that policymakers first take action against Turkey over an unrelated territorial dispute. 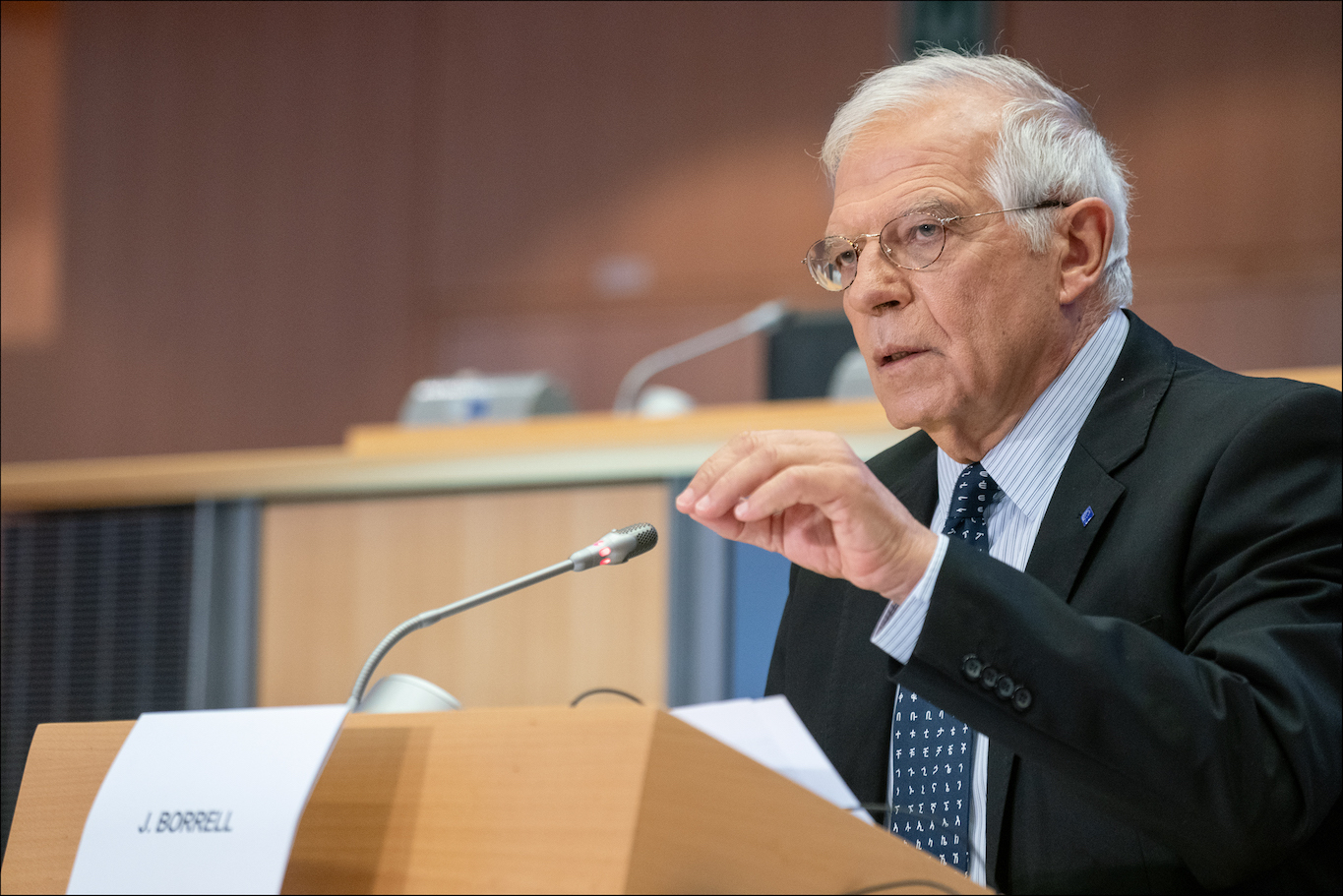 European Union Minister for Foreign Affairs Josep Borell. (Photo: European Parliament, Flickr, License)Officials of the small island country insist Ankara must be punished for drilling oil in a part of the Mediterrainian Sea that belongs to Nicosia's economic zone.

However, some familiar with the matter told OCCRP on Wednesday that the dispute should be treated as a separate issue, and even went so far as to suspect that the real reason behind the decision could be linked to Russian interests.

Cyprus has remained divided since 1974 when Turkey, in response to a coup sponsored by Greece, invaded the northern part of the island where Turkish Cypriots control the breakaway Turkish Republic of Northern Cyprus, recognized only by Turkey.

Tensions have escalated as Turkey continues to send its oil and gas drilling ships into what the Cypriot government sees as its own waters.

Despite sympathy for Cyprus' long-standing geopolitical concerns, EU leaders urged the government in Nicosia to reconsider its decision regarding the sanctions against President Alexander Lukashenko’s regime.

EU foreign ministers have reportedly drafted a list of 40 Belarusian officials to face travel bans and frozen assets for their role in the alleged election fraud and the repressive crackdown and are eager to move forward with the sanctions but their own rules are standing in the way.

The bloc can only go forward with EU foreign policy decisions if all of its member states agree.

“We do not recognize Lukashenko’s legitimacy as a result … of elections that we consider falsified,” said Josep Borell, the EU Minister for Foreign Affairs.

“It’s not a secret for anyone that we don’t have unanimity because one country has not participated in the consensus,” he said, adding that he understands “perfectly that our credibility is at stake.”

“I get what’s motivating Cyprus” wrote Andrew Stroehlein, European Media Director for Human Rights Watch, on his Twitter account, before stating that the approach it is taking is “extreme whataboutism” which won’t win them any political allies – something he says will be needed if it hopes to settle the Turkish drilling dispute.

“Holding people hostage is no way to win their support for your cause,” he explained.

Others who have expressed even harsher criticism for Cyprus’ decision-making include the American-born British financier and political activist Bill Browder, a noted Kremlin critic who has spent years leading an effort to crack down on Russian money laundering and tax evasion.

Browder told OCCRP that Cyprus, a country of just over one million people, managed to “hijack EU foreign policy because of its unanimity rule,” and that there is a strong possibility that its decision to do so was motivated by its strong financial ties to Russia.

As revealed in a previous OCCRP investigation, the Cypriot financial system has well-documented links to Russian oligarchs.

Officials who may have benefited from the relationship include the country’s president, Nicos Anastasiades, who threatened to file a lawsuit after it was uncovered that his former law firm represented clients linked to the so-called Troika Laundromat – a scheme in which two shell companies tied to his firm moved at least US$4.6 billion out of Russia and enabled its users to hide assets, evade taxes, and launder money.

“Cyprus is levitating off of Russian money,” Browder said, explaining that “[President Vladimir] Putin would certainly be happy if it is successful at blocking EU sanctions against Belarus.”

Two weeks ago, Russian Foreign Minister Sergey Lavrov was awarded a prize in Cyprus’ capital of Nicosia from President Anastasiades for his contribution in the strengthening of  Russia-Cyprus relations over the last several years.

On the other end, Moscow is continuing to back Lukashenko, as demonstrated last week when President Putin announced that the country would provide a $1.2 billion loan to Belarus, which he described as the country’s “closest ally.”

“If they [Cyprus] have a problem with Turkey, that’s a separate issue,” Browder said, suggesting it was “just as likely” that Nicosia’s decision to block EU sanctions was motivated by Russian interests.