As president of Cyprus, Nicos Anastasiades has worked to strengthen his country’s relationship with Russia while dealing with international criticism of its lax financial and money laundering controls.

But several years before his 2013 election, a law firm he established and co-owned, and in which he was a partner at the time, was arranging business deals linked to a friend of Russian President Vladimir Putin, the infamous Magnitsky scandal, and a network of companies used in various financial crimes.

Anastasiades stepped away from the firm, called Nicos Chr. Anastasiades and Partners LLC, just as he was ascending to the presidency. But both of his daughters are partners, and he still has a private office in the building (where only one other affiliated firm is a co-tenant) 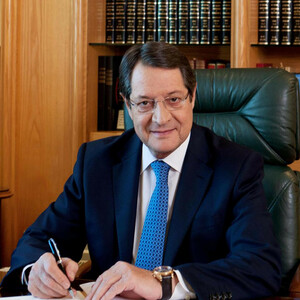 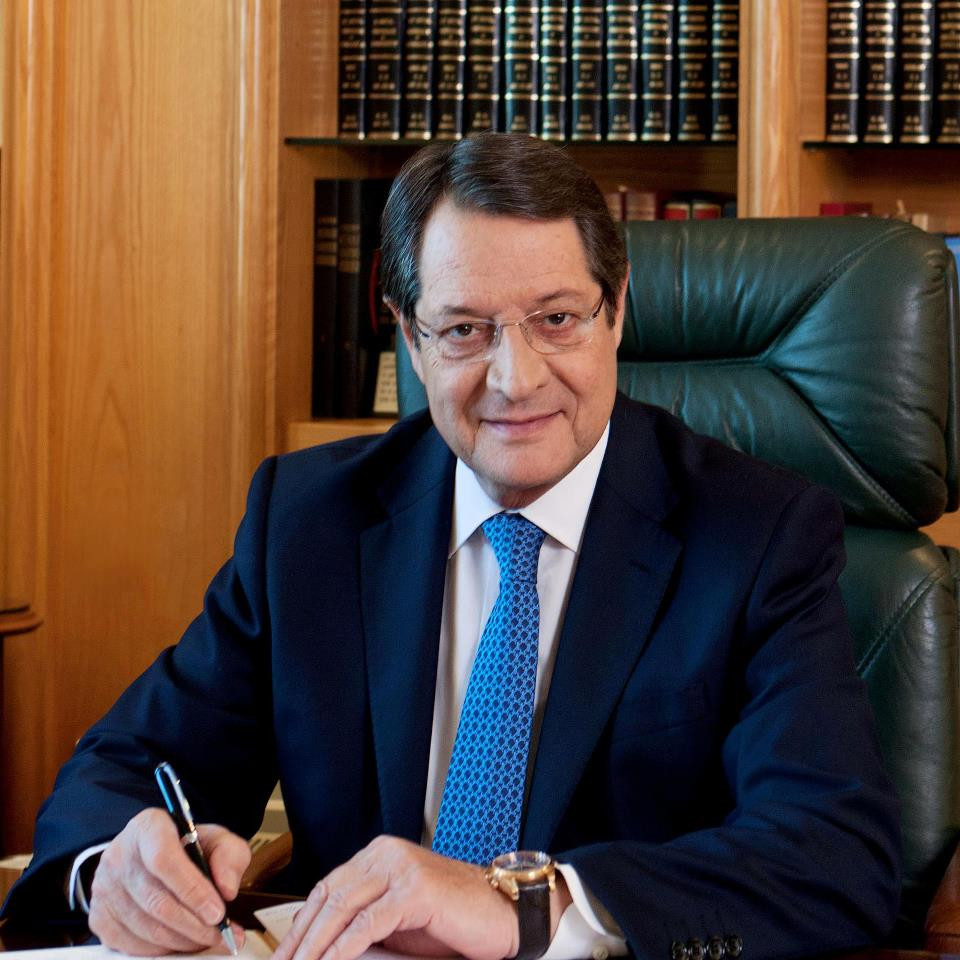 Records from the defunct Lithuanian Ukio Bankas, obtained by OCCRP and 15min.lt and analyzed by a joint team from OCCRP, IRPI, and Global Witness, reveal the law firm’s work executing complex deals that moved Russian money to and from shell companies created by and associated with the firm.

Two of those shells — Batherm Ventures Ltd. and Matias Co Ltd. — appear to be deeply entwined with the Troika Laundromat, a network of shell companies that operated from 2006 to 2013, moving at least $4.6 billion and enabling its users to hide assets, evade taxes, or launder money.

Batherm and Matias sent more than $323 million into the system for various reasons, mostly unknown.

The leaked documents also suggest that Alexander Abramov, a Russian billionaire, was behind both companies, and that he used them to buy a major Russian energy concern at an enormous discount. Abramov later received a Cypriot EU passport with the help of the Anastasiades law firm.

The documents do not contain any specific evidence that the firm or its employees broke any laws or committed any crimes. The transactions do raise questions about dealings between Anastasiades’ law firm, his associates, and Russian financial networks used for criminal activity. They also reenforce long-standing concerns about relationships that some say have compromised Cyprus’s independence.

“Russian money laundering, admittedly the biggest threat to the European financial system, has been funneled historically through the Baltics and Cyprus with the latter assuming a more fundamental role as a conduit for dirty capital flows,” said Roman Borisovich, a former banker and leader of ClampK, a UK-based anti-corruption organization. “The ongoing dismantling of this system will have a devastating effect on the finance and economy of both. However, if in Latvia the damage was done primarily by the Russian and foreign bankers, in Cyprus the problem is homegrown.”

“It is the Cypriot lawyers, accountants, and other corruption enablers who destroyed their island’s financial system from within, and their compatriots should hold them responsible for these treasonous acts,” Borisovich added.

Nicos Anastasiades did not respond to requests for comment.

Credit: OCCRP The office building where the offices of Nicos Chr. Anastasiades and Partners LLC are located. President Anastasiades, who stepped away from the firm when he was elected, still has a private office in the building.

Roots of a Poisonous Tree

Batherm Ventures Ltd. was registered in the British Virgin Islands in late 2006. Its purpose as a vehicle for the president’s former law firm can be discerned in several ways: Batherm’s director, Stathis Lemis, is a managing partner of the firm; its other managing partner, Theophanis Philippou, also appears in the Batherm documents as Lemis’ authorized signatory; and the transfers Batherm made were carried out at the law firm’s behest. When Batherm was liquidated in 2017, a senior lawyer at the firm was appointed as its liquidator. (Neither Lemis nor Philippou responded to requests for comment.)

Excerpts from Delco's bank statements show the eight sets of transfers, totaling over $96 million, that Batherm made to Delco in 2007 and 2008. Click to view.

Lithuanian bank records show the transfers were made under the terms of a one-year “participation agreement” that directed Delco to invest the money in a laundry list of financial vehicles.

Delco is noteworthy for several reasons.

It is one of the approximately 75 companies that make up the Troika Laundromat, forming part of the vast money transfer system.

Among the transactions Delco handled was the 2008 purchase of 70,000 shares in Russian energy giant Rosneft from International Media Overseas. That company is linked to famed cellist Sergei Roldugin, who is known to be an old friend of Putin and is widely considered a proxy holder of wealth for the Russian president. The Roldugin-linked company received more than $800,000 in the transaction.

Delco also helped shift $2.2 million stolen from the Russian government in the 2007 Magnitsky affair. This $230 million tax fraud was exposed by Sergei Magnitsky, a Russian lawyer who was subsequently arrested and died in prison at the age of 37 after being mistreated by the same police officers he had implicated in the theft. Russian officials sought to pin the blame for the fraud on Hermitage Capital, an investment fund and asset management company, but subsequent investigations by OCCRP and others have revealed that Hermitage was in fact the victim of the scam.

Documents leaked along with the Lithuanian bank records shed light on the probable ownership of Batherm — the company that had sent money to Delco — and other companies under its umbrella.

One of these subsidiaries, Matias Co Ltd., was created with the help of Anastasiades’ former law firm. The service provider that served as its initial shareholder and director, Imperium Nominees Ltd., is today owned in equal proportion by Philippou and Lemis, the law firm’s managing partners, as well as President Anastasiades’ two daughters, Elsa and Ino. (Neither Elsa nor Ino, nor a representative of Imperium Nominees, responded to requests for comment.)

According to a leaked sales contract, Batherm and Matias jointly agreed in February 2007 to buy Energostroyinvest-Holding, which was then Russia’s largest builder of electrical networks and thermal power plants. The $220 million purchase price — paid to Gotland Industrial Inc., one of the three core companies of the Troika Laundromat — was far below Energostroy’s estimated value of $2 billion just four years later.

At the time, Energostroy owner Andrey Rappoport identified the buyer as Russian billionaire Alexander Abramov, suggesting that Abramov is behind Batherm and Matias. The Ukio records confirm both Abramov’s involvement and the facilitation by the Anastasiades law firm.

Abramov, a former scientist, made his millions exporting metal and coal in the 1990s and is now the chairman of Evraz, a major international steel producer with headquarters in London, in which he owns a substantial stake.

Attached to the Energostroy sale contract is a deed of guarantee saying that Crosland Global Ltd, a Cypriot company then owned in part by Abramov, would underwrite certain Batherm and Matias obligations.

A few months after the Energostroy purchase, Matias also purchased SoyuzEnergoEngineering, another major Russian energy company, for an unknown amount.

President Anastasiades’ former law firm is not alone in its connections to Russian oligarchs.

Theodoros Parperis is a key figure in the Cypriot economic governance sector. He is a senior executive of the country’s PwC office and a past chairman of the Institute of Certified Public Accountants of Cyprus, which regulates the accounting profession and supervises compliance with anti-money laundering legislation.

Parperis is also an alternate director of Wizview Ltd, a Cyprus-registered company entirely owned by Frolov.

Neither Parperis nor Frolov responded to requests for comment. Two Crosland Global directors also did not respond. A representative of PwC Cyprus wrote that the firm “cannot comment on client matters” for reasons of confidentiality, and said it “applies all relevant laws and regulations … on combating money laundering.”

Abramov, who was at one time Russia’s richest man, has been a client of Anastasiades & Partners. According to an official who used to work at the Cypriot Interior Ministry and asked not to be named because the matter is politically sensitive, the firm oversaw the billionaire’s application for Cypriot citizenship. On July 21, 2010, Abramov was awarded a Cypriot EU passport “in exchange for his service to the Republic of Cyprus.” His new citizenship allowed him easier access to the European Union’s financial sector.

The Cypriot Interior Minister at the time said Abramov’s “naturalization is in the public interest,” but such “Golden Visa” programs have since been scrutinized by the EU Commission following concerns about “security, money laundering and tax evasion.”

Neither Abramov nor Rappoport responded to requests for comment.

Since taking office, President Anastasiades has consistently sought to strengthen relations with Putin while also dealing with international criticism of his country’s lax financial controls and reputation as a haven for Russian money laundering. 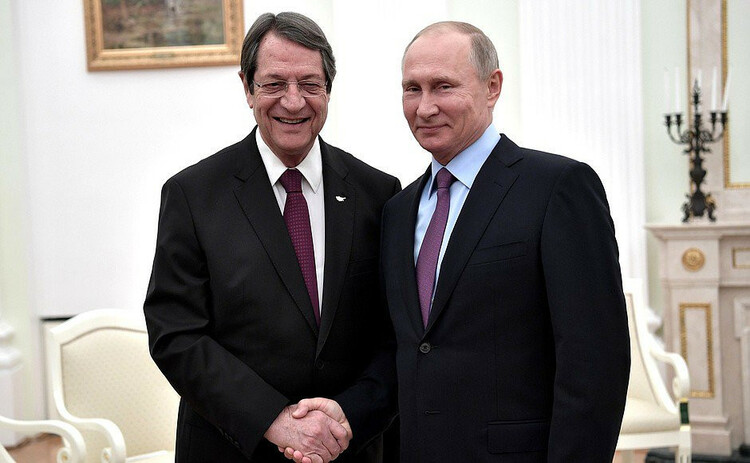 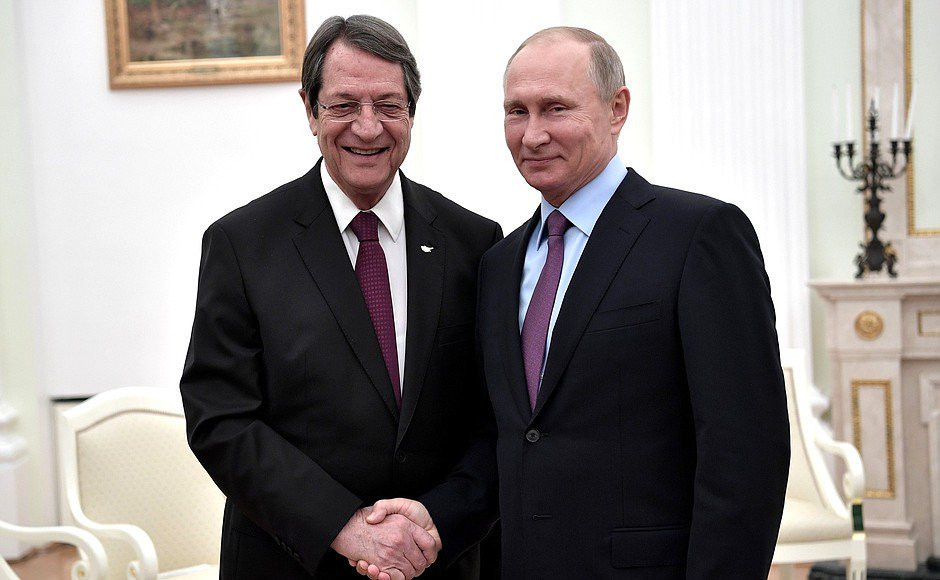 Under Anastasiades, Cyprus was among the EU member states that initially opposed sanctions against Russia following its 2014 annexation of Crimea. Cyprus also cooperated with Russia in what was seen as a politically motivated investigation of Hermitage Capital founder Bill Browder, before reluctantly agreeing in October 2018 to suspend cooperation amid international political pressure.

Cypriot ties with Russia have been problematic for Anastasiades since the start of his presidency. At the time, other Eurozone members were refusing to help bail out the island nation’s undercapitalized banks on grounds that they were laundering Russian funds.

Anastasiades was forced to accept onerous bailout terms for depositors that also included the introduction of stronger anti-money laundering regulations. In a scandal early in his first term, members of the president’s extended family managed to wire 21.5 million euros abroad just days before the culmination of the banking crisis, leading to speculation that they had acted on a tip.

The EU and the United States continue to exert pressure on Cyprus to further tighten regulations in response to perceived closeness to Russia.

FAQ: What is Correspondent Banking?
Unreal Estate
The Russians and Rubles Perenčević Brought To Lošinj
For American Amusement Park, Russian Money Was the Wildest Ride of All