A Pakistani journalist said he has been receiving death threats since he exposed the US$100 million fortune the family of one of the country’s most powerful army generals accumulated as he went through promotions. 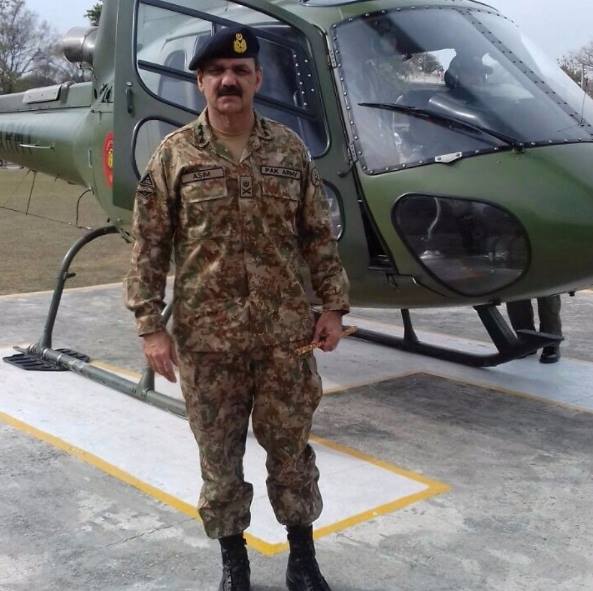 Pakistani retired Lt. Gen. Asim Saleem Bajwa. (Photo: Pakistan Defence, Facebook)“The day the story was published I received more than a hundred death threats in my inbox. I am concerned about the safety of my family back home in Pakistan,” Ahmad Noorani, a fellow at Alfred Friendly Press Partners, an idependent organization based at the Missouri School of Journalism, told OCCRP on Tuesday.

Noorani found that the family of retired Lt. Gen. Asim Saleem Bajwa set up 99 companies across four countries, including the United States, Pakistan, the United Arab Emirates and Canada, including a pizza franchise with 133 restaurants, allegedly worth $39.9 million. Bajwa’s wife jointly owns assets of $52.7 million in the business franchise, according to Noorani’s report.

Documents supporting the journalist’s claims have been published but OCCRP cannot independently confirm their authenticity.

Although the report has not leveled any corruption allegations, it emphasized that Bajwa has not mentioned his wife’s properties in the assets declaration he signed in June.

The investigative story was widely shared and debated on social media but officials and mainstream media remained silent about it.

Bajwa, who is heading the multi-million dollars worth China-Pakistan Economic Corridor (CPEC) projects and is adviser of Prime Minister Imran Khan on information and broadcasting, has vigorously denied the revelations.

Bajwa on Thursday offered his resignation as Khan’s advisor but the Prime Minister asked him to continue his work.

“If one were to look at the actual figures, the inescapable conclusion would be that the news item has been spread with a view to malign my reputation," Bajwa wrote in his four pages-long press release.

Prime Minister Khan won the election after promising to fight against corruption and hold the most powerful accountable but critics claim that the National Accountability Bureau (NAB) is only going after Khan’s political opponents from the Pakistan Muslim league Nawaz (PML-N) and Pakistan Peoples Party (PPP).