An independent government watchdog revealed on Monday that businesses belonging to a Ukrainian billionaire linked to Russian interference in U.S. elections received a total of US$21 million in small business loans from the U.S. government. 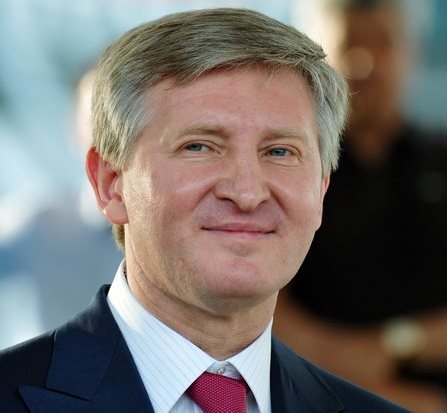 Rinat Akhmetov (Photo: Михаил Масловский, Wikimedia, License)Rinat Akhmetov, who has also allegedly been linked to organized crime over the course of several decades, received the loans through four of his coal mining operations, the Project on Government Oversight (POGO) reported in its investigation, conducted together with partners from the Anti-Corruption Data Collective.

These loans are part of the Paycheck Protection Program (PPP) – a total of $659 billion that has been allocated through the CARES Act stimulus bill to help small businesses maintain their payrolls and other costs.

Unlike other small business stimulus programs, the PPP does not require recipients to be U.S. citizens, which has paved the way for wealthy foreign nationals such as Akhmetov to be eligible.

Akhmetov received the loans through the United Coal Company, which racked in an estimated $1.5 billion in sales last year, and received loans that eclipsed the $13.4 million it owes in civil penalties since the Ukrainian billionaire purchased the company in 2009, POGO reported.

Throughout his long career, Akhmetov has never been charged with a crime, although he fled Ukraine following the 2005 Orange Revolution to Monaco after being investigated for murder.

Once in Monaco, he contracted the political consulting firm of Paul Manafort, the former campaign chairman of the Trump 2016 presidential bid, to help rebrand the party of ex-President Viktor Yanukovych from a “haven for mobsters into that of a legitimate political party,” leaked diplomatic cables cited in the investigation show.

After Yanukovych won office, Akhmetov was free to return to the country.

More recently, the Ukrainian oligarch was named in the U.S.- Russia election interference probe, the POGO investigation reported, saying that the episode “shows how foreign-owned U.S. assets can potentially give foreign powers sway in American politics.”

This was not the only Ukrainian oligarch to have benefited from the multi-billion dollar PPP loan program.

According to multiple news sources, Ihor Kolomoisky and Gennadiy Boholiubov, the former owners of Privatbank, one of Ukraine’s largest lenders, who are alleged to have stolen $5.5 billion from its coffers, received small business loans as well.

Some of the entities that received the loans were part of the web of shell companies that were set up in order to transfer the funds into the U.S., according to the Justice Department, which described the scheme as “an international conspiracy to launder money embezzled and fraudulently obtained.”

“It appears to have been within the bounds of the Paycheck Protection Program for these companies, which are the subjects of a federal money laundering lawsuit, to receive loans,” the investigation said.