The president of Mexico has accused his predecessors of allowing the country to become a “narco-state”, as cartel violence continues to rage and allegations of corruption mount against high-profile former officials. 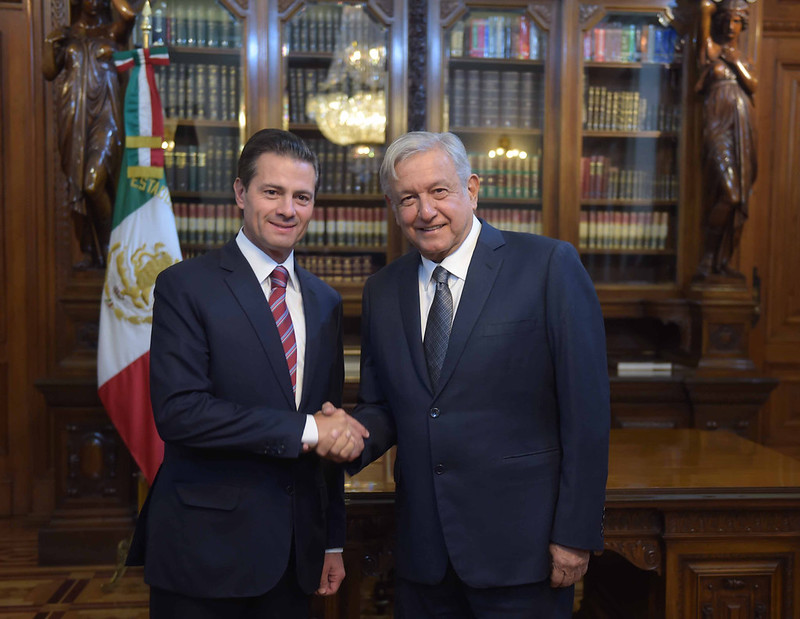 Authorities announced a corruption probe into former leader Peña Nieto (left) shortly after president Lopéz Obrador (right) conceded past administrations have allowed Mexico to become a ‘narco-state’. (Photo: flickr, Creative Commons Licence)President Andrés Manuel-Lopéz Obrador said on Monday that past administrations, particularly that of former leader Felipe Calderón, had been plagued by a culture of graft that had allowed the country’s notorious drug trafficking organisations to operate with near-impunity.

He explained that he had previously believed the term ‘narco-state’ to be a misnomer, but that in light of charges in the U.S. against Genaro Garcia Luna, former security minister under Calderón, alleging direct collusion with the Sinaloa syndicate, he had accepted it as an accurate description of the cartels’ influence over public life.

“It is truly a disgraceful matter that Garcia acted as minister while at the same time he protected one of the organised crime gangs,” the president said.

Lopéz Obrador’s comments were followed on Wednesday by the news that prosecutors have opened a corruption investigation against another of his predecessors, former president Enrique Peña Nieto.

The probe comes as Emilio Lozoya - former head of state oil company Pemex, who was recently extradited from Spain to face charges of receiving illicit payments from Brazilian construction conglomerate Odebrecht - publicly accused Nieto of also being complicit in the bribery scheme, as reported by the BBC.

Lozoya’s allegations heap further scandal on the former leader after a witness at last year’s trial of drug lord Joaquín ‘El Chapo’ (‘Shorty’) Guzmán in the U.S. accused him of accepting bribes of more than US$100 million from the kingpin.

Mexico’s reckoning with the scale of public corruption comes amid escalating cartel violence across the country and especially in the state of Guanajuato.

In the 24 hours that followed after the arrest of the Santa Rosa de Lima Cartel leader Jose Antonio ‘El Marro’ (‘The Sledgehammer’) Yepez last week, national news outlet El Universal reported that more than 16 people were murdered in the state.

Mexico has already witnessed a record-breaking year for homicides, with more than 2,600 killed in March alone - the country’s highest monthly rate ever. Guanajuato currently has one of the worst incidences of homicide out of any state - with nine out of its ten daily murders being cartel-related, according to the region’s federal security body.

Experts believe that this number will continue to grow as El Marro’s former rival for leadership of the Santa Rosa de Lima syndicate, Noel ‘El Puma’ (‘The Puma’) Lara Belman, attempts to fight a battle on two fronts.

Belman will be forced to reassert control of the internally-divided group amid the fallout of the recent power struggle, even as he remains embroiled in an ongoing turf-war with the Cartel Jalisco Nueva Generacion over access to the region’s pipelines and its lucrative underground oil market.