The 21-day trial of the murder of Slovak journalist Ján Kuciak and his fiancee, concluded on Thursday with the prosecutor recommending that the three remaining defendants in the case receive 25-year prison sentences. 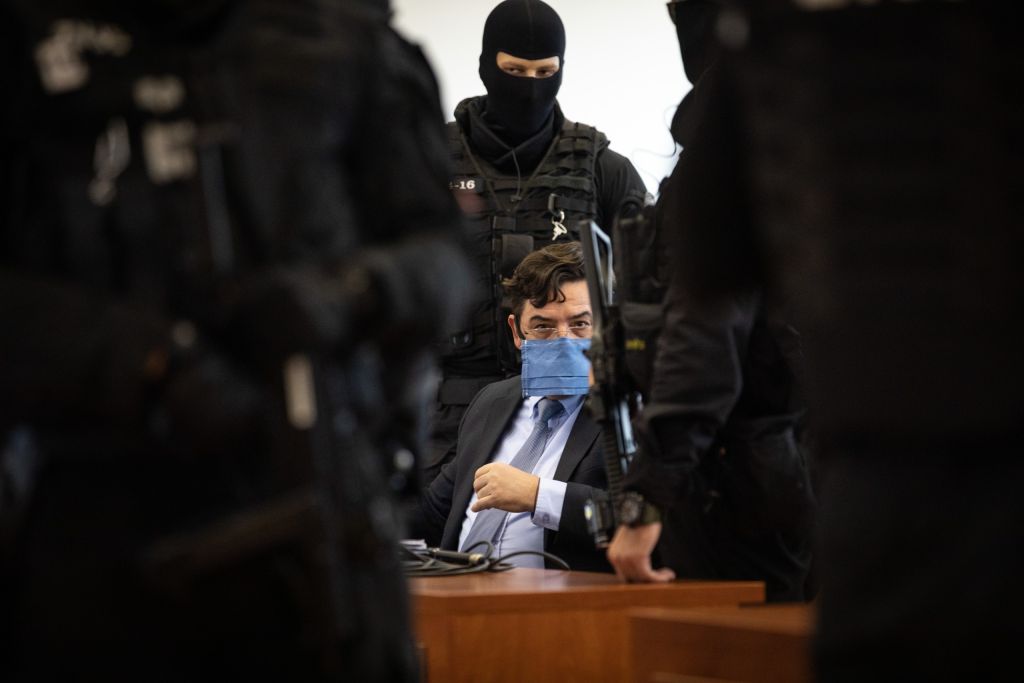 Businessman Marian Kocner, who allegedly ordered Kuciak's murder, sitting in the courtroom surrounded by armed guards. (Photo: Branislav Wáclav / Aktuality.sk)Businessman Marian Kocner has been charged with ordering the hit against Kuciak, 27, who had exposed his corrupt business practices, while Kuciak’s fiancee Martina Kusnirova, also 27, was killed because she was in the house when the killer arrived.

Prosecutor Vladimír Turan proposed the same sentence for Alena Zsuzsova and Tomas Szabó, who are accused of helping Kocner organize the shooting of the couple in February 2018, which was allegedly ordered for 70,000 euro (US$81,000).

The proposed sentence is the second highest possible in Slovakia’s justice system, second to a life sentence, which is imposed only in exceptional cases.

Kocner – who was revealed in an OCCRP investigative series describing how he spent decades using illicit cash and blackmail in order to maintain loyal allies within Slovakia’s justice system – was supposed to have been tried several months ago, but the trial was delayed due to coronavirus.

Kuciak’s murder has already brought down some of the highest members of the Slovak government, including 13 judges, who were arrested for obstructing evidence in the case, along with the resignation of Prime Minister Robert Fico in 2018, following a wave of anti-corruption protests that erupted throughout the country following Kuciak’s death.

The trial concluded with a speech from Daniel Lipšic, Kuciak’s family lawyer, who shared a quote from the slain journalist’s editor-in-chief, Petr Bárdy.

"Ján Kuciak was the embodiment of good, he did his work not for money, but for a higher principle - for good and justice. He perceived his work as a service to society or a mission to make Slovakia a better country. He lived by this, he worked on this, and that is why he died," Lipšic said.

Following the closing remarks, it was announced that the verdicts for the case would likely be given on Friday, July 31 and on Wednesday, August 5th 2020.