Slovak police said they have arrested 18 people, including 13 judges, who allegedly obstructed justice in the case of the murder of journalist Ján Kuciak and his fiancee in 2018. 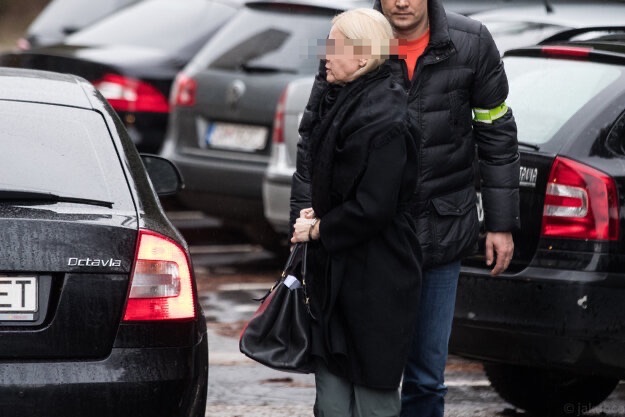 Slovakia's police arrest 18 people, including 13 judges, suspected of obstruction of justice in the case of murder of investigative journalist Ján Kuciak. (Photo: Slovakia's Police FB)Apart from the 13 judges, one former judge, one bankruptcy trustee, one lawyer and two other people were arrested, the police statement posted on Facebook on Wednesday said.

While the investigation is ongoing, the suspects are facing charges for corruption, interference in the courts’ independence and obstruction of justice.

Police have not revealed any names but media reported the list includes the vice president of the Supreme Court, and a former deputy justice minister.

The group, as Deutsche Welle reported, is believed to be part of a network of judges, politicians, and prosecutors who were bribed by the suspected mastermind of the murder, Marián Kočner.

The businessman’s ties to organized crime, as well as prominent public officials, as OCCRP reported in January, have long been the subject of speculations. He appeared to have a close relationship with the former Prosecutor General Dobroslav Trnka and former Prime Minister Robert Fico, among others, and was therefore seen as “untouchable.”

While Marián Kočner is on trial for ordering Kuciak’s murder, new documents obtained from the investigation show how, for decades, he used cash and kompromat to bend the country’s judicial system to his will.

Apart from Kočner, the prosecutor indicted Alena Zsuzsová, Miroslav Marček and Tomás Szabó with murder, while Zoltán Andruskó, the alleged middleman, “signed the guilt and punishment agreement and has acted as a witness.”

At the beginning of the trial in January this year, Miroslav Marček admitted to his role in the murder of Ján Kuciak and Martina Kušnírová, as well as to illegally carrying firearms. He also offered new details about how the murder was carried out and named himself as the person who pulled the trigger, contrary to previous Slovak police reports.

Kočner pleaded not guilty to murder but admitted he carried a firearm illegally.

Kuciak had devoted his life to exposing crime and corruption in Slovakia, uncovering fraud after fraud in his reporting for local news outlet Aktuality.sk. He had written previously about Kočner.

At the time of his death, he was investigating how the Italian mafia had infiltrated the country’s political system.