U.K. regulators said on Monday that the four of the world’s largest accounting firms, known as the Big Four, will have to separate their audit departments from the rest of their operations. 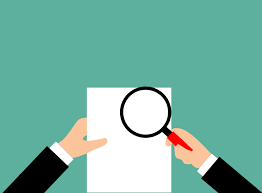 The stated objective of the Financial Reporting Council’s 22-point plan is to instill “operational separation” of Big Four auditing from its corporate consulting services, which would ensure “the delivery of high-quality audits in the public interest.”

It also requires that each of these firms – PricewaterhouseCoopers, KPMG, Deloitte, and Ernst & Young – reach a “complete implementation” of the stated proposals by the summer of 2024.

The order comes just after Ernst & Young (EY), one of the Big Four accounting firms, faced criticism for failing to report US$ 2.13 billion that went missing from the accounts of Wirecard, a payment processing company that filed for insolvency following the scandal. The firm had been serving as Wirecard’s auditor for over a decade.

A spokesperson for the FRC told CNN that its announcement was not related to the scandal, and that it had already planned to publish the proposed measures.

FRC CEO, Sir Jon Thompson, called the move “a major step in the reform of the audit sector.”

“The FRC remains fully committed to the broad suite of reform measures on corporate reporting and audit reform and will introduce further aspects of the reform package over time,” he added.

Some, however, expressed skepticism about the sincerity and effectiveness of the FRC’s plan to combat the long history of botched Big Four corporate audits.

“If this is held out as the solution to audit quality then we’re all kidding ourselves,” one senior industry executive told the Financial Times.

Richard Murphy, a chartered accountant and professor of political economy at the City University of London suggested that these reforms “permit the audit function to carry on much as before.”

“I think the Big Four leaned on their friends at the FRC,” he wrote on his website, adding that the U.K. government has no genuine interest in delivering auditing reform.

As Wirecard customers reportedly continue to face financial strife that has required some to take out high interest loans to feed their families amidst the coronavirus pandemic, experts have expressed doubt that the new reforms would place more of a concern on the individuals that are afflicted the financial scandals that ensue from auditing failures.

Prem Sikka, a chartered accountant and professor at the University of Essex previously explained in an op-ed for the Guardian that the victims in these cases are usually unable to seek financial compensation from firms that conduct audits because they are only legally obliged to protect the financial interests of the company that hires their services, rather than of any individual stakeholders or creditors that might be harmed in the process.

“Despite their inability to spot the flaws in the financial statements of banks which led to the 2007-08 financial crash, the auditing industry escaped meaningful reforms,” he explained.

Sikka expressed pessimism on his Twitter account about the most recently proposed reforms by the FRC, saying they will not be able to expose or deter future auditing failures that will be similar to the ones that have been exposed by corporate scandals.

“How many more jobs, savings and pensions need to be lost before the government tackles the failed audit industry?” He wrote.