After a short but dramatic chase, Ukrainian authorities arrested on Wednesday four men for having tried to kill the alleged boss of a Montenegrin criminal clan that has been involved in a bloody war with a rival gang over control of cocaine smuggling from South America. 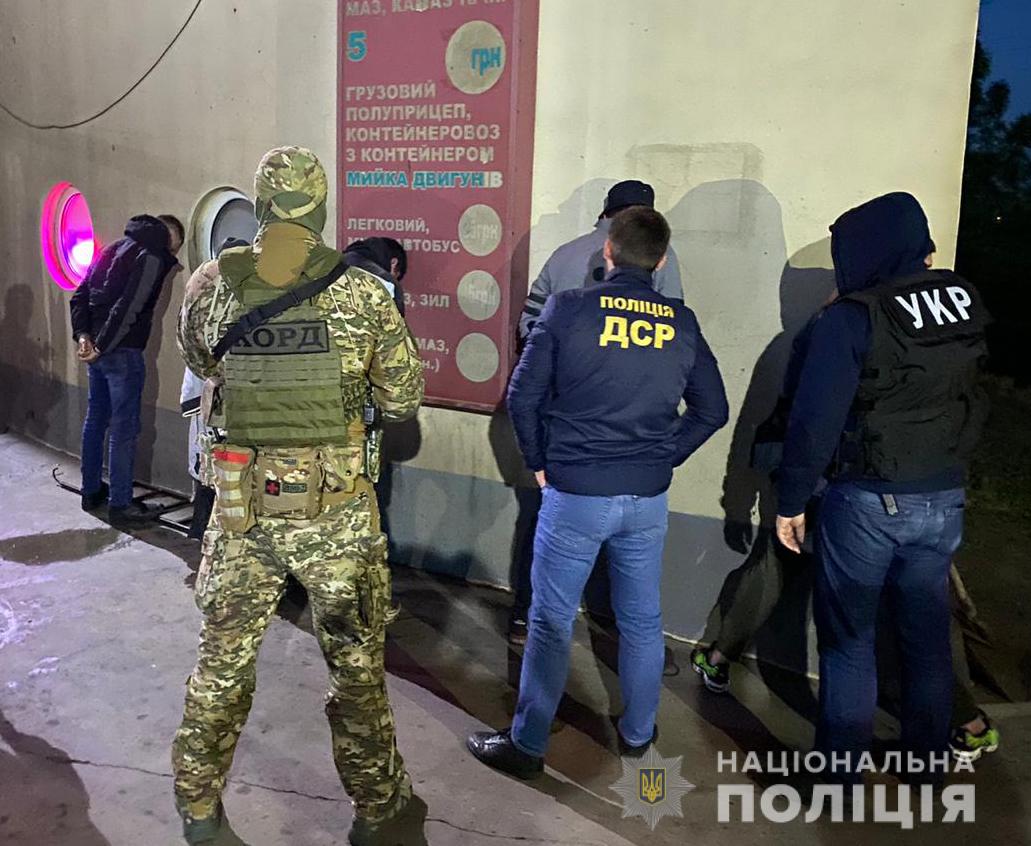 Arrest of suspects of an assassination attempt. (Photo: Ukraine's National Police)Police said they identified the badly injured victim as a Montenegrin national who is “wanted internationally as one of the leaders of a Montenegrin drug cartel” that supplies most of Europe with drugs.

The Chief of the National Police, Igor Klymenko, said that the four suspects arrested in Odessa were from North Macedonia, Montenegro and Serbia, and that one of them is “on the international wanted list for contract killing.”

Police released a video of the assasination attempt made by surveillance cameras. It shows the victim running by a parking lot and two men jumping out of a Mercedes Smart car and firing several shots at him.

The injured man can be seen escaping and the assassins taking off. Another footage shows the killers getting out of the car, pouring some liquid on the seats and setting it on fire so fast that one of the men ran away as his clothes were burning on him.

The victim was immediately taken to the hospital. Klymenko said that the perpetrators tried to escape and resisted the arrest. He never revealed the identity of the victim or the suspects.

OCCRP partner KRIK, however, identified the person injured in Kyiv as Radoje Zvicer, the alleged leader of the Kavač criminal clan which has been fighting another clan called Škaljari.

Zvicer, as OCCRP, Krik and MANS reported earlier this month, is the most mysterious leader of the Kavač clan. Reporters have only been able to find one photograph of him, and there is very little information available about his criminal or personal life.

Both clans hail from Kotor, on Montenegro’s Adriatic coast. They were once part of the same gang smuggling drugs from South America, but split in 2014 after a cocaine deal in Spain went bad. This created a violent rift that has deepened ever since and that has pulled in other Serbian and Montenegrin crime groups, according to the OCCRP/Krik/MANS investigation.

The assasination attempt was “part of a possible spat over redistribution of spheres of influence within the clan, or between the Balkan criminal clans that control the drug trafficking,” the statement of the Ukrainian police said.

The police chief’s claims matched the OCCRP/KRIK/MANS Balkan Cocaine Wars report about the battle the two gangs are fighting over who will control the cocaine smuggling routes from South America and feed Europe’s 5.7 billion-euro-a-year habits.

The suspects arrived in Ukraine in early May, according to Klymenko, obtained vehicles, weapons and started surveilling the target, which local security cameras recorded.

Police said they established the route the assassins took to escape, heading towards the border to Moldova over Odessa, where they were arrested.