Law enforcement authorities in Mexico have captured a fugitive cartel leader wanted by the US for the 2010 slaying of a pregnant American consulate worker and her husband. 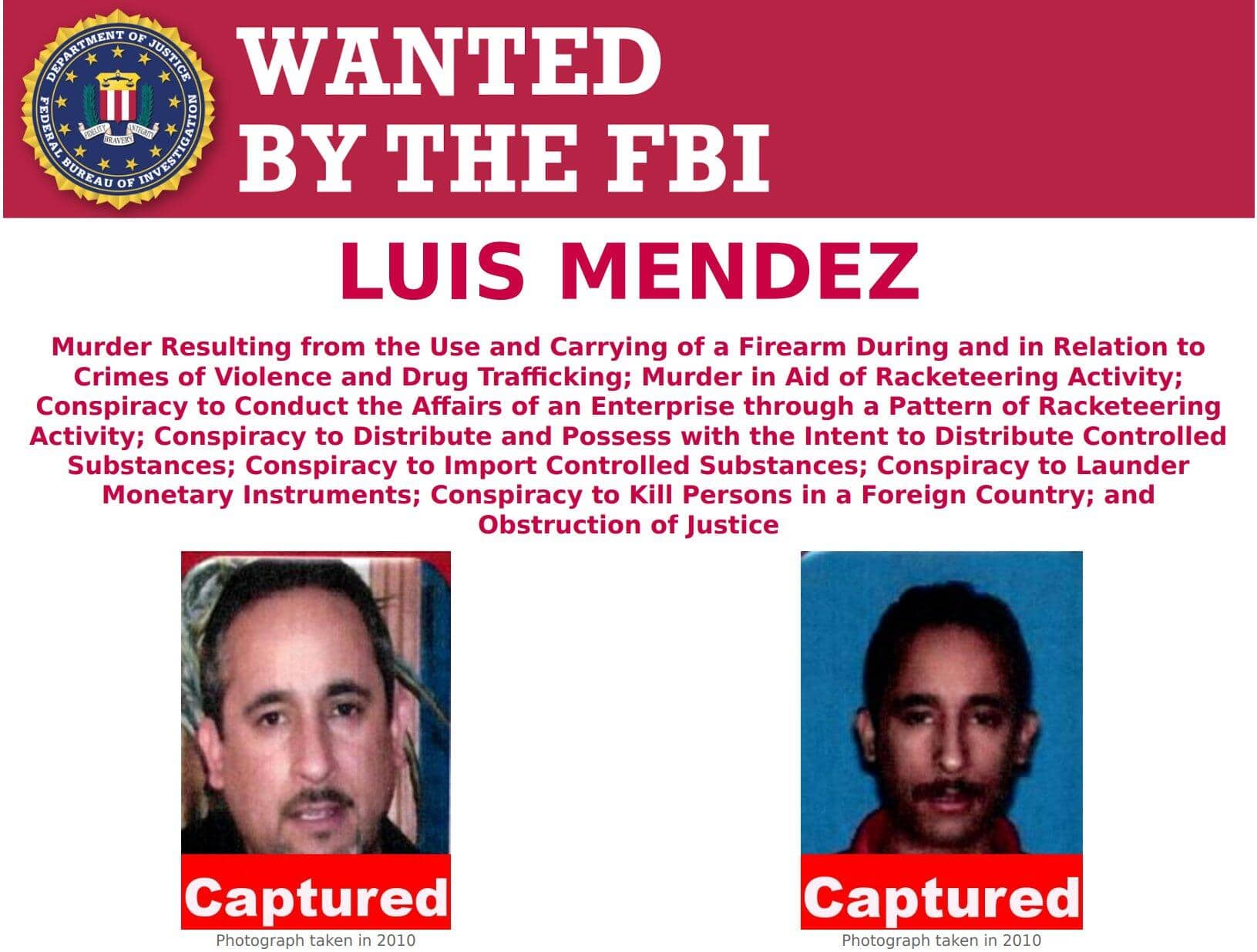 Luis Mendez has been arrested by Mexican authorities on US charges relating to the 2010 slaying of a pregnant American consulate worker and her husband (Photo: FBI El Paso)The FBI’s El Paso division said on Tuesday that Mexican police had arrested Luis “El Tio” (‘The Uncle’) Gerrado Mendez over the weekend in the city of Cuernavaca, just south of Mexico City.

A former member of the notoriously violent Barrio Azteca gang and reputed founder of La Empresa (‘The Company’), a breakaway from the Juarez Cartel, Mendez faces a raft of federal charges in the US, including murder, drug trafficking and racketeering.

In March 2010, members of the Azteca gang opened fire on two white SUVs as the vehicles left a children’s party at the border town of Ciudad Juarez in the northern state of Chihuahua.

Consulate worker Lesley Enriquez, pregnant with her second child, died of a bullet wound to the neck, and her husband Arthur Redelfs was shot through his right eye, according to The New York Times.

The couple’s one-year-old daughter survived the attack and was found unharmed in the back of the car, although two children inside the party were reportedly injured by stray gunfire. In the second vehicle, first-responders found the body of Jorge Alberto Salcido Ceniceros, a state police officer who was married to a Mexican employee at the US consulate.

The Aztecas reportedly mistook the white vehicles as belonging to a rival drug trafficking ring. Amid rising violence between warring cartels in the state at the time, the US had already begun the process of extracting non-essential government employees from the region.

The US indicted 35 members of the gang in the aftermath of the killings. With Mendez’s recent arrest, which follows after the FBI republicised their warrant to mark the ten-year anniversary of the attack, all those charged have since been captured, according to Channel4News.

News of Mendez’s capture follows after the murder of a convicted enforcer for the Sinaloa Cartel and two members of his family in the Sinaloan state capital of Culiacan on Sunday, as reported by El Sol de Sinaloa.

Authorities discovered the body of Jose Rodrigo ‘El Chino Anthrax’ (‘Chinese Anthrax’) Arechiga Gamboa, in a sports vehicle abandoned on a dirt road outside of the city. The three other victims included his sister Ada Jimena and his brother-in-law Juan Guillermo Garcia.

The Sinaloa Cartel is the largest trafficker of drugs in the Western Hemisphere, with an estimated annual turnover of US$3 billion.

The group also made headlines early on Wednesday, when Margarito Flores, who with his twin brother Pedro was a once-closely trusted aide to kingpin Joaquin ‘El Chapo (‘Shorty’) Guzman, asked the state of Chicago for his release from prison for fear of being infected with the novel coronavirus while he serves time on drug charges, according to ABC7Chicago.