Authorities in Mexico have frozen several financial accounts that may have been used by the notorious Sinaloa Cartel to launder drug money. 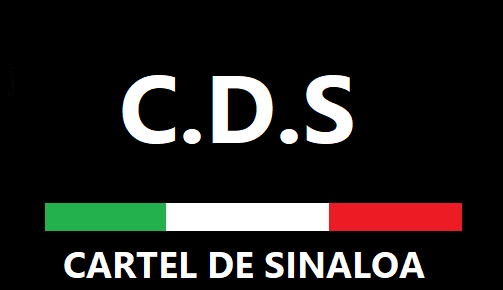 Official estimates put the combined value of the accounts at almost US$60 million.

Among the companies reportedly blocked by the UIF is a jewelry firm that funneled money through a company in the US state of Delaware, while one of the individuals targeted is a senior employee at a cinema chain that recently recorded over $18 million in cash transactions.

Authorities believe that at least four of the accounts have direct links to the drug lord Rafael Caro Quintero, AP reports.

In 2013, Caro Quintero walked free from prison in Mexico after a state court declared he had been improperly tried for the 1985 kidnap and murder of four people, including US DEA agent Enrique Camarena. He had served almost three quarters of a 40 year sentence and has since returned to drug-running, according to the Guardian.

The FBI included Caro Quintero on its list of ten most wanted fugitives in 2018, offering $20 million for any information that might lead to his arrest or conviction.

In 2015, the US Justice Department declared the Sinaloa Cartel the most active trafficker of wholesale illicit drugs in the western hemisphere, with further operations reaching into Asia, Europe and Oceania. The syndicate has been described by the Los Angeles Times as “Mexico’s most powerful organised crime group.”

Notorious for public beheadings and using acid vats to dissolve the bodies of its victims, the cartel metes out ultraviolence to protect its production and transportation of multiton quantities of cocaine, heroin, marijuana, MDMA and methamphetamine, according to the DEA’s 2019 National Drug Threat Assessment.

The syndicate emerged in the late 1980s, under the leadership of Héctor Luis Palma Salazar and Joaquín ‘El Chapo’ Guzmán Loera, as an offshoot of the Guadalajara Cartel.

Based out of the city of Culiacán in the state of Sinaloa, the group primarily operates within the ‘Golden Triangle’ between the states of Sinaloa, Durango and Chihuahua, the epicenter of heroin and marijuana production in Mexico. It currently enjoys an estimated annual turnover of $3 billion.

Guzmán made headlines in July 2019 when a federal judge in New York sentenced him to life imprisonment on drug, murder and money laundering charges. According to The New York Times, the kingpin had played cat-and-mouse with both Mexican and US law enforcement for more than 20 years.

Federal authorities in the US first indicted El Chapo in the early 1990s, but in 1993 he was arrested while on the run in Guatemala and returned to Mexico, where he was convicted for the murder of Roman Catholic cardinal Juan Jesús Posadas Ocampo. He escaped in 2001, reportedly by hiding in a laundry basket, and again following his 2014 recapture, on that occasion using a tunnel that led out from under the shower of his prison cell.

Mexican authorities finally recaptured Guzmán in Los Mochis following a violent gunfight in 2016, and in 2017 he was extradited to the US.

In October 2019, the Los Angeles Times reported that business had never been better for the Sinaloa syndicate under the regime of its new leaders, Ismael Zambada Garcia and two of El Chapo’s sons, Alfredo Guzmán Salazar and Ivan Archivaldo Salazar.

However, VICE revealed earlier in March how the global outbreak of the novel coronavirus has made it difficult for the cartel to source from China the raw materials required to manufacture its product.

According to that report, the group is also the largest distributor of fentanyl in the US, an extremely powerful synthetic opiate widely credited with fuelling the meteoric rise of drug-related deaths in the country, with overdoses now the leading cause of deaths under 50.

The chemical ingredients needed to synthesise the drug are imported from the Chinese province of Hubei, where COVID-19 has killed more than 3,100 people since the start of the pandemic.

Two weeks ago, cartel leader Zambada reportedly issued an order to dealers within the organisation via WhatsApp, hiking up the prices of its products by as much as six times their previous value in response to the crisis.