Coronavirus Postpones Trials in US, Germany

Due to the spread of the coronavirus, a Hawaiian judge postponed on Monday the sentencing of a former high-ranking Honolulu prosecutor and her husband, a retired police chief in Hawaii's biggest corruption investigation, the Associated Press (AP) reported. 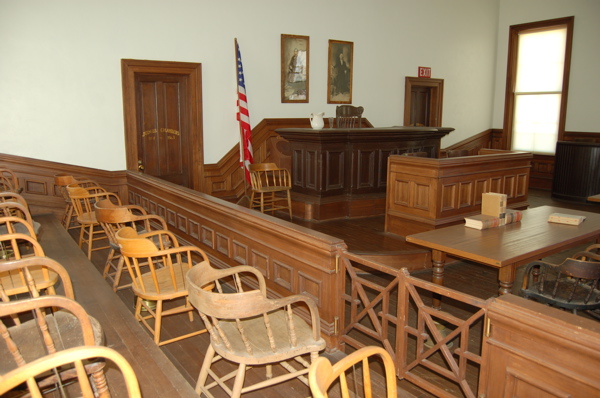 Trials postponed due to coronavirus. (Photo: Matthew A. Lynn)Katherine and Louis Kealoha, according to the report, were scheduled for sentencing hearings on Tuesday after a jury convicted them in June last year. They were found guilty of conspiracy in a plot to frame a relative to keep him from revealing fraud that financed their lavish lifestyle.

The new date, according to Honolulu daily Star-Advertiser, is yet to be determined.

The sentencing, which was scheduled for Wednesday, was also postponed for two police officers involved in the case.

“The Court has been carefully following the spread of the COVID-19 virus. In the interest of the safety and health of the public and of court employees, the sentencing has been postponed,” the court said as cited by the media.

Katherine Kealoha, according to the report, was also found guilty of not reporting her brother’s alleged involvement in a drug distribution ring.

Trying to avoid a similar scenario, a regional court in Bonn, Germany, decided to speed up a landmark trial over tax fraud from illicit cum-ex dividend deals involving several banks and stock traders, the court said in a statement.

The court, according to Law360 news outlet, is excluding four of five financial companies that could forfeit around US$446 million in the event of a guilty verdict against the two defendants. The case involves two former employees of HypoVereinsbank.

“The gathering of evidence in regards to the other parties would take up a lot of time, which given the current health situation wouldn’t be feasible,” the court’s spokesman Tobias Gülich told Law360.

Coronavirus prompted courts in California to delay trials or temporarily close, according to the court's statement.

The Supreme Court of California has reportedly suspended in-person oral arguments, while lawyers have been advised to appear remotely or use video-links, telephones and other electronic devices if needed.

In the same manner, a judge in Los Angeles postponed the murder trial of multimillionaire New York real estate heir Robert Durst until April 6. Durst, as the Courthouse News Service reported, was charged with killing Susan Berman in December 2000 in her Beverly Hills-area cottage.