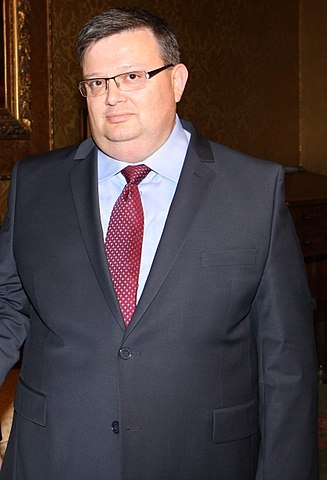 Sotir Tsatsarov, new head of Bulgarian anti-graft body. (Photo: Foreign and Commonwealth Office (CC BY 2.0))Most of the 240 Bulgarian lawmakers, according to the Sofia Globe, voted for Tsatsarov, with only 30 votes against and three abstained.

The election was somewhat expected. Five civic organisations – the Anti-corruption Fund, the Bulgarian Human Rights Lawyers Association, the Bulgarian Legal Initiative Institute, Access to Information Program and the Institute for Market Economy - refused last week to take part in the hearing of the candidates, predicting that Tsatsarev would be chosen no matter what, according to BIRN.

The CIAF has been reportedly inactive for over eight months since its previous president, Plamen Georgiev, resigned after he was implicated in the country’s “ApartmentGate” scandal. Journalists had found that several senior politicians had purchased prestigious real estate far below market value.

Top officials resigned one after another as Tsatsarov announced he was launching an investigation into the suspicious purchases.

But then OCCRP’s Bulgarian partner Bivol reported that Tsatsarov himself was part of the scheme, as he was said to have obtained a 100-square meter village home in 2001 without having paid anything for it.

Tsatsarov was previously accused by a whistleblower of  controlling a special group of investigators – the so-called “Spitz Commando” – to whom he assigned all cases of crime and corruption among state officials. Then he allegedly used those investigations to blackmail the suspects.